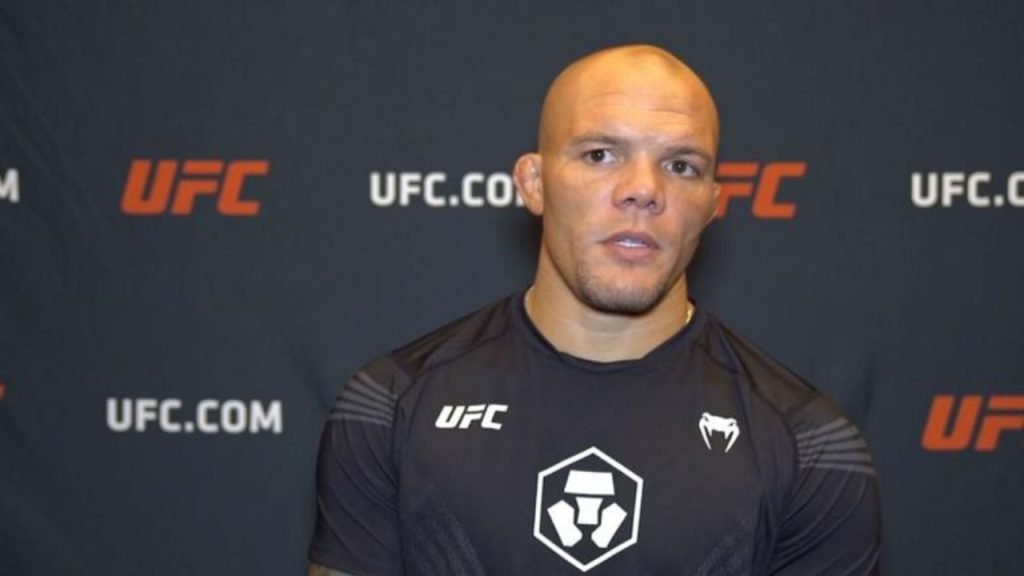 Anthony Smith net worth is approximately $3 million in 2022. He is believed to have earned the majority of his net worth fighting in the UFC and other MMA promotions like strikeforce.

Anthony Smith is a 34-year-old American MMA fighter who competes in the UFC’s light heavyweight division. he is basically from Corpus Christi, Texas, United States.

He is a top-ranked light heavyweight who is known for his victories over Rashad Evans, Mauricio Rua, Alexander Gustafsson, and Volkan Oezdemir.

As of 2022, Anthony Smith’s MMA record is 36-16-0, he is still actively competing in UFC’s light heavyweight division so his record is improving with time.

Anthony Smith is one of the best light heavyweights in UFC. He has fought former Champion Jon Jones, Mauricio Rua and Glover Teixeira.

Anthony Smith is married to Mikhala Newman. The couple has three gorgeous daughters.

Smith frequently posts photos of his children and wife via his Instagram platforms.

Anthony Smith and Mikhala Newman got married on September 20, in the year 2019 at Omaha, Nebraska.

Anthony Smith’s career earnings till 2022 are around $2,556,400. He is still actively competing in UFC’s light heavyweight division and is one of the nicely paid guys on the roster.

According to his past payouts, Anthony Smith has around an average salary of $150,000 which excludes his other bonuses like performance and awards.

Anthony Smith was born at Corpus Christi, Texas on July 26, 1988. His dad left him when he was a child so he was raised by his single mother and grandfather.

Smith used to work as a concrete finisher till 2016 when he was signed by the UFC.

He has fought for UFC, Bellator & Strikeforce which makes him one of those rare fighters who have fought in such MMA promotions.

Anthony Smith made his debut on UFC on Fuel against Antônio Braga Neto on June 8, 2013. Unfortunately, he suffered a first-round submission loss due to which UFC released him.

Then he was signed by the Bellator where he won two back-to-back fights and then he was once again reinvited by UFC.

He fought Leonardo Augusto Leleco On February 16, 2016, and defeated him by unanimous decision. Since then he is still with UFC making his career in MMA.

Awards and Accomplishments of Anthony Smith

How much is Anthony Smith net worth?

Anthony Smith net worth is approximately $3 million in 2022. He is believed to have earned the majority of his net worth fighting in the UFC and other MMA promotions like strikeforce.

How old is Anthony Smith?

He looks white but he has claimed that he is biracial.

How tall is Anthony Smith?

Where does Anthony Smith live?

When is Anthony smith’s next fight?

Where does Anthony Smith train?