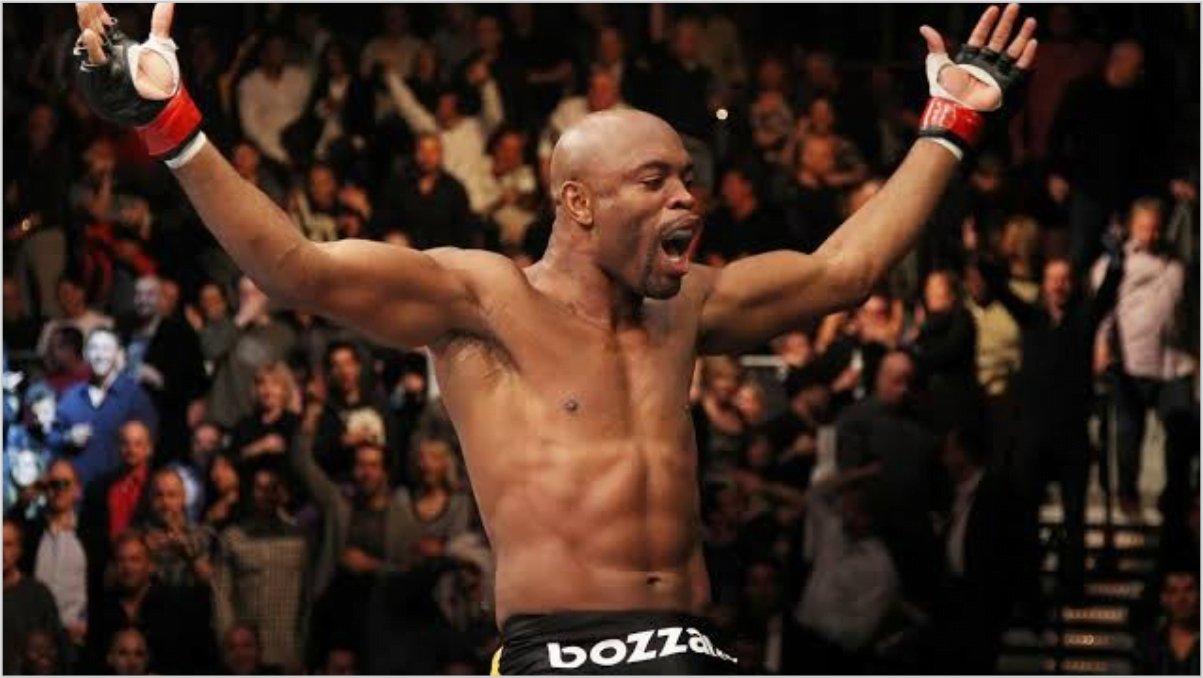 Anderson Silva net worth in 2022 is estimated to be around $10 million.

Anderson Silva is professional mma & boxing fighter from brazil, who is considered as one of the greatest UFC champion of all time.

In terms of money & fights, spider silva had great UFC career. throughout his UFC life he managed to get dozens of fight bonuses & dozens of main events.

Throughout his mma career he made most of the money from UFC, his estimated career earnings estimated to be $9.5 Million excluding his bonuses & brand endorsements.

After retiring from mma silva started boxing where he fought julio cesar jr in an exhibition match & it is said that he has made lots of money in this boxing bout.

Some top sources reported $820,000 was the purse of anderson silva for this boxing bout.

now silva is a free agent so he is not getting any fixed monthly income from any org but he is making money from brand endorsement and his boxing bouts.

Also note all the above figures are only estimates and actual figures could be lower or higher than the mentioned one.

In 2011, Silva became the first client to be marketed by 9INE, a sports marketing company co-owned by Footballer Ronaldo. Corinthians (football club) has been sponsoring silva since 2011 & he is also supported by burger king.

Silva was also sponsored by Nike, Reebok, Monster Energy but they are no longer sponsoring him.

As we all know silva is retired from mma but has been open for boxing bout. after his successful boxing debute against julio cesar jr silva is pumped for next boxing bout.

Recently it is announced that anderson silva will be boxing another ufc veteran tito ortiz in an cruiserweight boxing bout.

In his post fight interview against julio cesar jr silva said “I love fighting, and boxing is my dream for many, many years,”

in silva’s UFC late career if someone would have told us that silva will be having success in boxing after end of his mma run no one in the world except silva would have beleived that.

But man, spider has done it. he is getting boxing matchups & many offers in his late 40s, its simply amazing!

Anderson silva have a impressive record in mma i.e 34-11-0 (1 NC), in his prime he was just outclassing every opponent. the only fight in which he looked like in trouble was chael sonnen vs anderson silva 1, which also he managed to win in the last seconds of the fight.

In São Paulo, Brazil 14 April 1975 Anderson Silva was born. he was raised by his uncle and aunt in Curitiba. in his child days he started jiu-jitsu with neighborhood kids and then in his teen tears he started training for taekwondo, capoeira and muay thay.

Professional career was started in 2002, when he signed for Pride Fighting Championships and he defeated Alex Stiebling in his debute.

Pride 25 was the first biggest event of Spider Silva where he faced former UFC welterweight champion Carlos Newton. Newton tried take down on Silva, but was hit with a flying knee. Newton collapsed and Silva finished the fight with strikes, winning by technical knockout.

UFC Career: in late April 2006 Anderson Silva was signed by the UFC, Silva made his UFC debut at Ultimate Fighter Night 5 on 28th june 2006 where he faced Chris Leben who was on 5 fights winning streak.

Prior to fight leben was confident of winning this fight, he even predicted a KO in his pre fight interview. A relatively unknown fighter in the United States, Silva made an emphatic debut when he knocked out Leben with a flurry of pinpoint strikes, followed by a final knee strike at 49 seconds into the first round. Silva’s striking accuracy was 85%.

Anderson Silva vs Israel Adesanya was one of the classic ninja style fight, obviously Anderson was less favorite coming into the fight because he was on losing streak and facing one of upcoming prospect Israel Adesanya.

Overall, fight was good both fighters showed best of their abilities but unfortunately it does not went to silva’s side.

adesanya wins unanimous decision against silva, it was one of late career fight of silva but still it is one of the best match of his career.

this fight was crazy, nick was taunting silva throughout the fight in his ways. it has to be in the top 5 fights of anderson silva.

this fight happened when they were in their prime time so that’s why people still searching for this fight.

although nick diaz had moments in this fight but still silva managed to pullout decision victory.

this was one of the most hyped fight of Silva, all credits to uncle Chael for his trash talk. they fought twice in UFC.

Chael Sonnen vs Anderson Silva 1 was one of the greatest fight in UFC till date, Sonnen dominated full fight until last couple of seconds of last second where he got trapped in triangle choke by spider Silva.

What is Anderson silva net worth?

Anderson Silva net worth in 2022 is estimated to be around $10 million.

fight went to the distance & won by israel adesanya with decision victory.

it was won by anderson silva but later this contest was overturned due to positive anabolic test of both the fighters.

what is age of anderson silva?