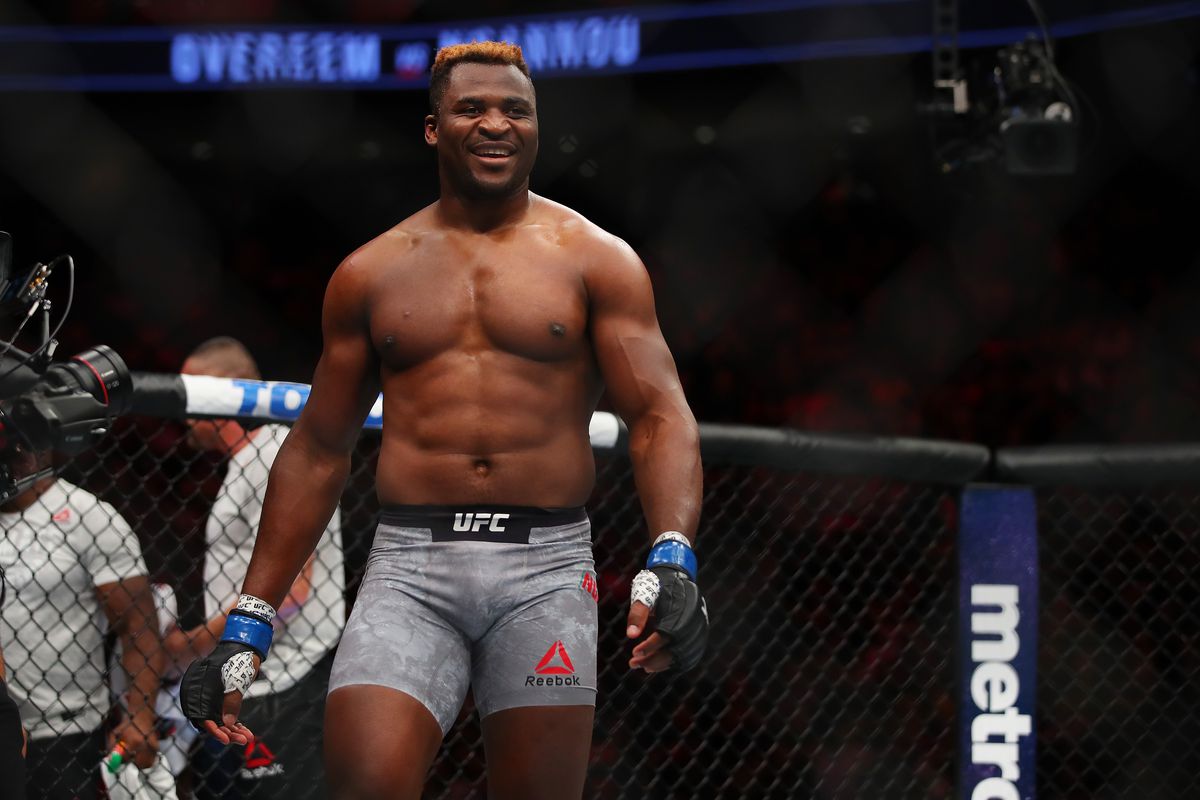 Francis Ngannou net worth is estimated to be around $4.5 Million, Francis has made most of his net worth from fighting in MMA & by doing some brand endorsement.

francis ngannou net worth increased at UFC 260 as he bagged whooping $600k, which includes all kinds of bonuses.

Francis Ngannou is the current heavyweight division champion of the UFC, He earned this title by defeating one of the most successful champion Stipe Miocic.

When he started his MMA venture he was only focused on his punching power, but by the time Ngannou has made some major adjustment in his game.

At UFC 260 we saw his complete game against Stipe when he defended all the takedowns and knocked Stipe in the coldest possible way.

His fight with Stipe Miocic still the number 1 earning fight for him. Where he got $500,000 for just to fight no matter whether he wins or loses. Plus, it is estimated he has got around $100k pay per view sales bonus.

UFC 249 was another big mark of his career when he knocked out Jairzinho Rozenstruik. and bagged whooping $675,000 which includes  Reebok sponsorship.

After many years of living homeless on the streets of paris he was introduced by a friend to Fernand Lopez and the MMA factory.

Francis Ngannou vs Junior Dos Santos, He won this fight with TKO in round number 1. Francis earned whooping $290,000 including $50,000 for the performance of the night bonus.

Francis Ngannou vs Derrick Lewis, this fight was considered as one of the most boring fight by fans as both of fighters hesitated to engage and ended up with fight lacking activity. Francis bagged only $100,000 for this fight.

Francis Ngannou vs Stipe Miocic 1, Stipe dominated Francis by wrestling and by making carry his weight for entire fight. Ultimately Francis was exhausted and got finished by Stipe.

For this fight Francis was paid $500,000 as a fight salary, this was the highest salary of him as of that day.

UFC 218 Francis Ngannou vs Alistair Overeem, Both of the guys where known for their one punch knockout power. Francis knocked Overeem in first round of this fight.

Francis was paid $80,000 as an fight salary and win bonus for his fight against Overeem.

it is not currently announced that who is he going to fight next, although dana white is saying derric lewis ia next but when asked to lewis he said still it is not official yet.

jon jones Vs francis ngannou is in also talk but failing to get close due to negotiations. although jones looking more interested but dana is not able to meet his financial requirements.

Ngannou told TMZ Sports “Definitely. I don’t care about what the talk says. I love that fight.”

so we are still unsure about francis ngannou next fight, but i think it will be lewis as there is no other dude in lineup.

this time francis was prepared for stipe, in their first fight stipe dominated francis by his high class wrestling but this francis got all his mistakes corrected.

he defended all the takedown attempts of stipe miocic and knocked him in 2nd round. what a devistating knockout was that, stipe was out cold for atleast 30 second & he had no idea what was happened to him.

lots of people including dana white thinks that derrick lewis vs francis ngannou is the next heavyweight title fight to make.

there first fight was extreamely boring as they were scared to touch each other but levis somehow managed to pull of the victory against francis.

I keep my head straight toward my goals

My success is only a matter of a time

The most important thing for me is to win the fight and not what people are going to say.

People easily quit their dream because it’s not easy.

I’ve been in this sport only four years, and I know that I’ll keep learning and improving.

The biggest win of my career is coming.

Francis Ngannou was born in poverty and flew to Spain to pursue his ambition of boxing.

He was also arrested for illegally crossing the borders, he also used to work in the sand mines to get a meal of two times.

His parents were divorced when he was six year old, since then he was raised by his aunt.

how much is net worth of francis ngannou?

Francis Ngannou net worth is estimated to be around $4.5 Million, Francis has made most of his net worth from fighting in MMA & by doing some brand endorsement.

what is mma record of francis ngannou?

16-3-0 is current record of francis ngannou.

when is next fight of francis ngannou?

Francis ngannou is scheduled to fight ciryl gane at UFC 270 in the january 2022.

how much is francis ngannou height?

how old is francis ngannou?

Khabib Nurmagomedov reveals the toughest opponent he fought in UFC

Colby Covington on Masvidal Fight “I would spark him unconscious”

Colby Covington says he would love to send Khamzat Chimaev on...