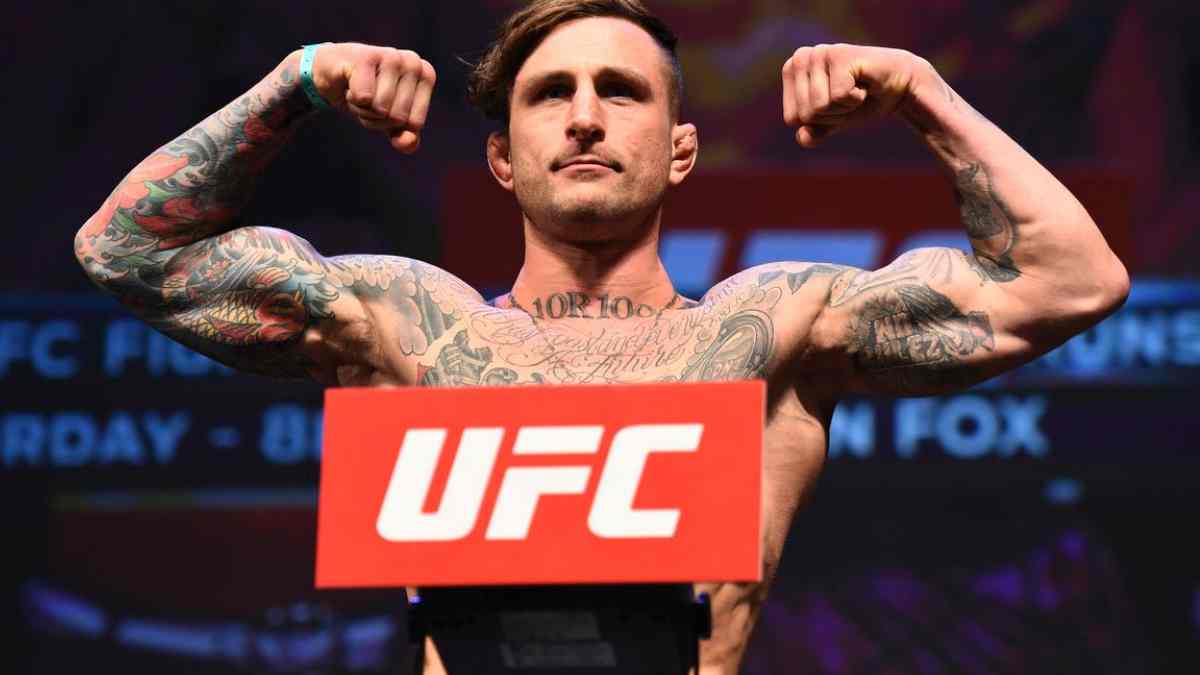 UFC lightweight Gregor Gillespie has responded on his UFC removal news. He has assured his fans that he is still with UFC.

News of the Gillespie’s removal was vent viral yesterday when he was removed from the UFC ranking.

News went viral when it was reported by the UFC roaster watch Twitter handle. It was Aaron Bronsteter who first noticed removal of Gregor Gillespie.

Soon after this news broke the internet, Gregor Gillespie took it to the twitter to address all of these speculations.

I am removed from the RANKINGS.. Not from the organization. (Fighters are removed after 12 months of inactivity). I am NOT GOING ANYWHERE! The UFC has always been great to me! 100% class! It is not their fault that I don’t have a fight. They Have offered me plenty of fights.

In a series of tweets he further took a shot at UFC matchmaking and many top names like Michael Chandler, Tony Ferguson, Rafael Dos Anjos & Beneil Dariush.

Gillespie concluded his tweet series with announcement that he is still with UFC and waiting for the opportunity. He Wrote,

“LONG STORY SHORT: NOT REMOVED FROM UFC, JUST FROM RANKINGS. I AM NOT GOING ANYWHERE.

Gregor Gillespie was last fought in may 08, 2021 where he defeated Diego Ferreira by second round knockout.

He is currently 14-1-0 in his MMA career, With his only loss coming from former UFC lightweight Kevin Lee.

Gillespie was ranked at number eight in the lightweight division. With most of the top lightweight’s are booked, We might not see him fight anyone in the top five.

Only feasible option for him to either wait or take on Dan Hooker.

With that being said, Who do you think Gregor Gillespie should fight next?