Belal Muhammad Explains why he deserves the next title shot: ‘my streak is as long as Leon’s streak’ 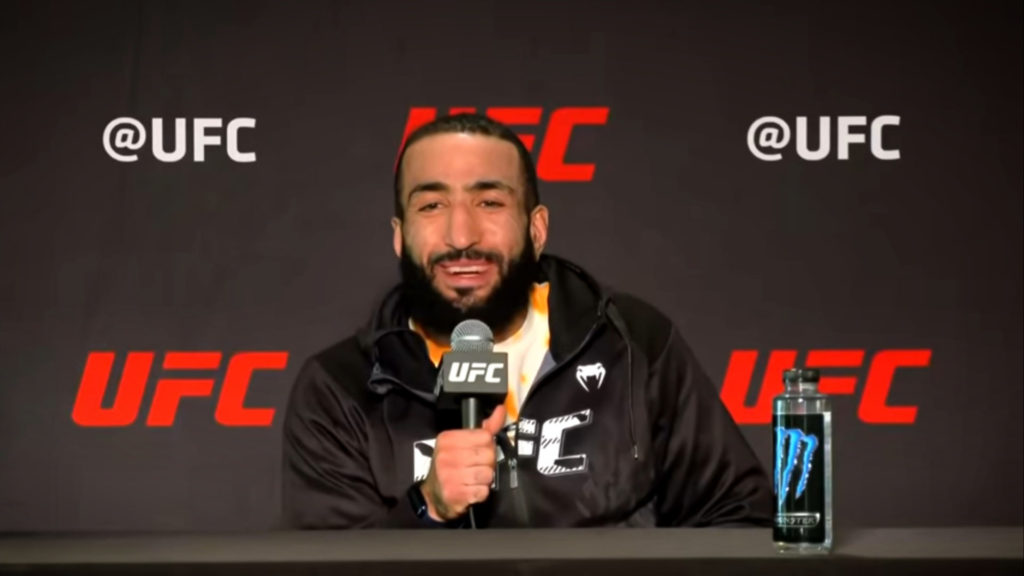 Belal Muhammad, who is on an incredible seven fight win streak, believes his performance against Stephen Thompson was enough to get him the next title shot over Leon Edwards.

Speaking at a post-fight news conference, Belal Muhammad has explained why he should be getting next title shot instead of Leon Edwards.

“the way I just beat ‘Wonderboy,’ nobody’s ever done that to him. Even Gilbert Burns beat him dominantly, but it wasn’t like that. I deserve that title shot next because my streak is as long as Leon’s streak, and Leon’s already lost to Usman, so let’s stop with these rematches. Let’s stop with, ‘Oh he beat Colby twice, he beat Masvidal twice, and now he’s the GOAT.’ No, give him new blood. Give him a new look.”

Belal Muhammad and Leon Edwards last fought at UFC Fight Night headliner in march. But the bout was called off after the second round due to a severe eye poke injury to Belal Muhammad.

Belal or Leon? Who would you guys like to see getting the next title shot? Let us know in the comment box below.