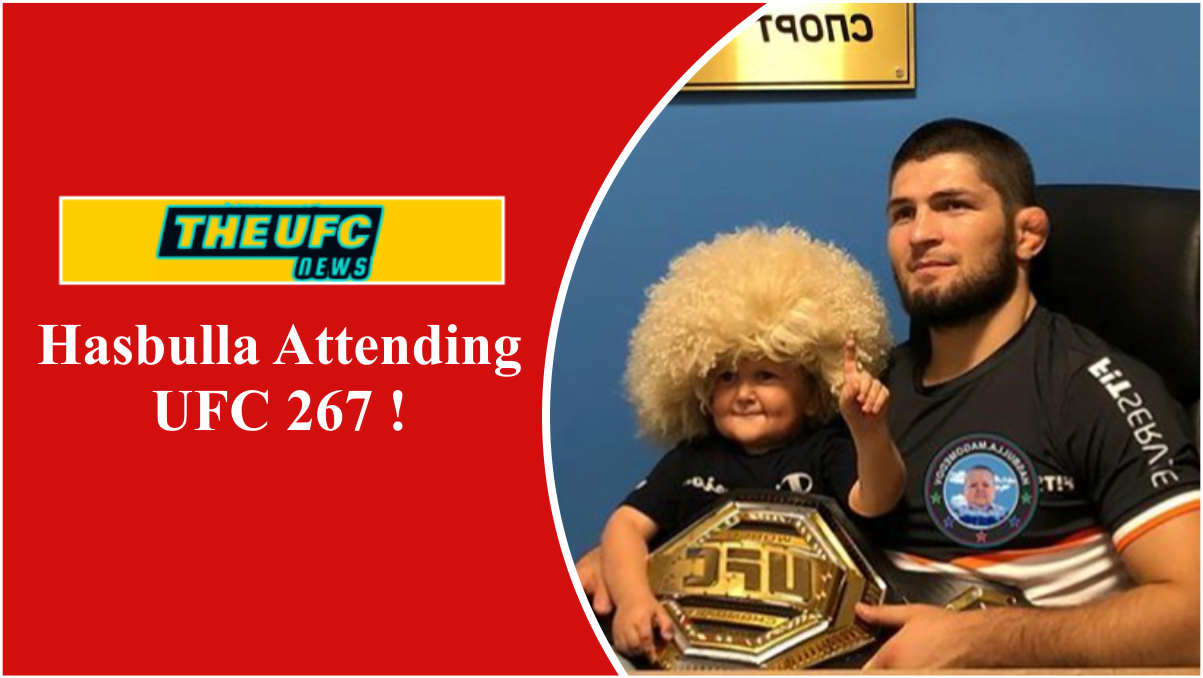 Fight island, Abu dhabi is set to host upcoming UFC 267 on October 30, 2021. Card will be featuring many russian fighters including Islam Makhachev, Khamzat Chimaev, Zubaira Tukhugov and many more.

Social media sensation Hasbulla, who also known as mini khabib is expected to attend the card to support his fighter Islam Makhachev.

Previously we have seen Hasbulla with many UFC fighters like Khabib Nurmagomedov, Islam Makhachev. he is also from dagestan and that’s why he is contact with alll of these top fighters.

Hasbulla and Abdu Rozik where unofficially scheduled to fight each other but due to lack of sponsorship fight have not yet taken place.

Previously his press conference with Abdu Rozik has gathered a storm, getting millions of views it is one of the most watched viral clip of the year.