Khamzat Chimaev Vs. Gilber Burns is in the works 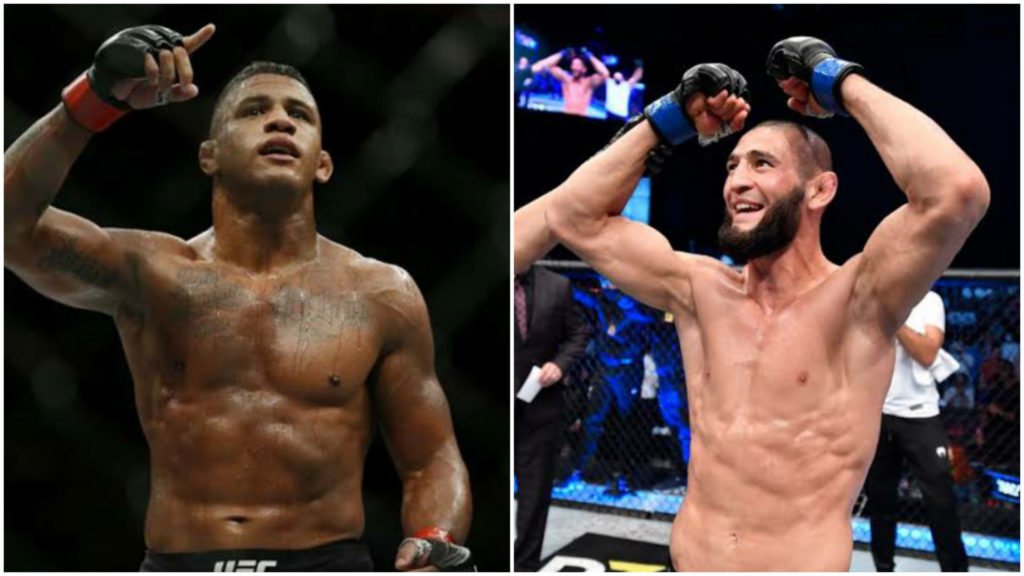 Reportedly, Khamzat Chimaev Vs. Gilbert Burns is in the works for January 2022 PPV.

This news was first reported by Frontkick Online, After getting dominant victory at UFC 267 Chimaev has been looking for big fights. He even also stepped up to replace Jorge Masvidal but Leon Edwards declined the fight.

He also called out Nate Diaz and Colby Covington for a fight, but that also didn’t work. Currently Gilbert Burns is only unbooked guy available to fight in top 5 and may be that is the reason why this matchup is in the works.

News was spread by MMA Reporter Chisanga Malata, Check out his embedded tweet.

Gilbert Burns is currently ranked 2 in the welterweight division of UFC. if Khamzat secure a win, He will be definately placed at no 2 or 3 position and may get next title shot after Leon Edwards.

On other hand, If Gilbert Wins then he will get the his shot at the title. Overall it’s a win win situation for both. Actually it will be easier for Burns to defeat Khamzat now rather than once he get more experience in the division.

Do you like this matchup? If yes please tell us in the comment box below how you feel about this matchup.