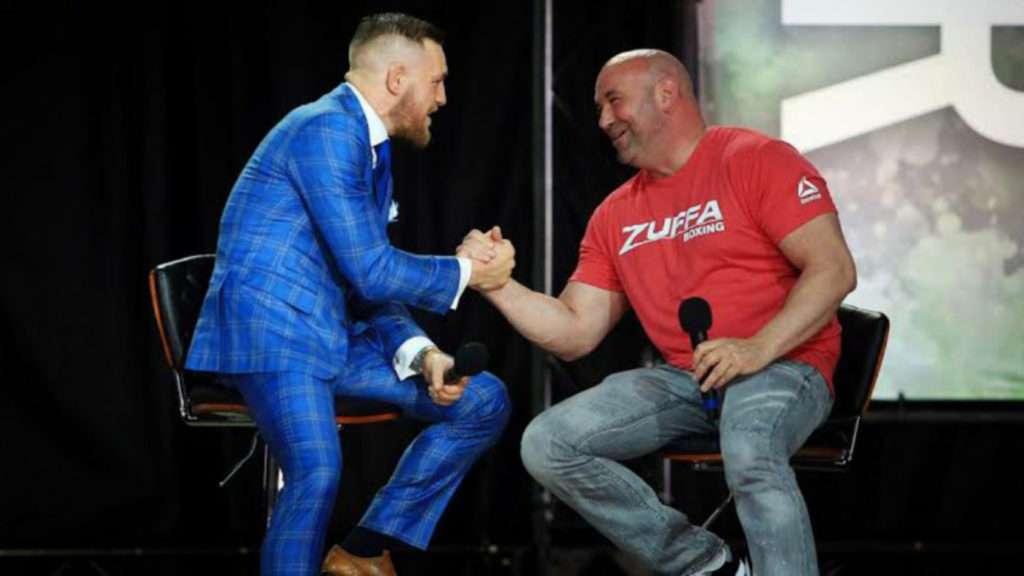 Conor Mcgregor has responded to Dana White’s comment on his potential comeback.

Recently Conor was seen actively teasing his comeback on social media. to which Dana Said, “he’s chomping at the bit to get back in there and compete again.”

Dana said, even after being super-rich and making so much money, Conor still desires and is willing to fight in the octagon.

In response to Dana’s comment, Conor said on Twitter that he is willing to fight to settle down the unfinished business.

Conor, Obviously pointing towards his rematch with Dustin Poirier. He will be coming back to avenge both losses to him.

No doubt Conor Vs. Poirier 4 is one of the most anticipated bouts in the UFC. Also, Conor needs this win to keep his hype alive.

Their last fight at UFC 264 was unfortunately stopped because of severe injury to Conor. With that background, people would die to watch the rematch.