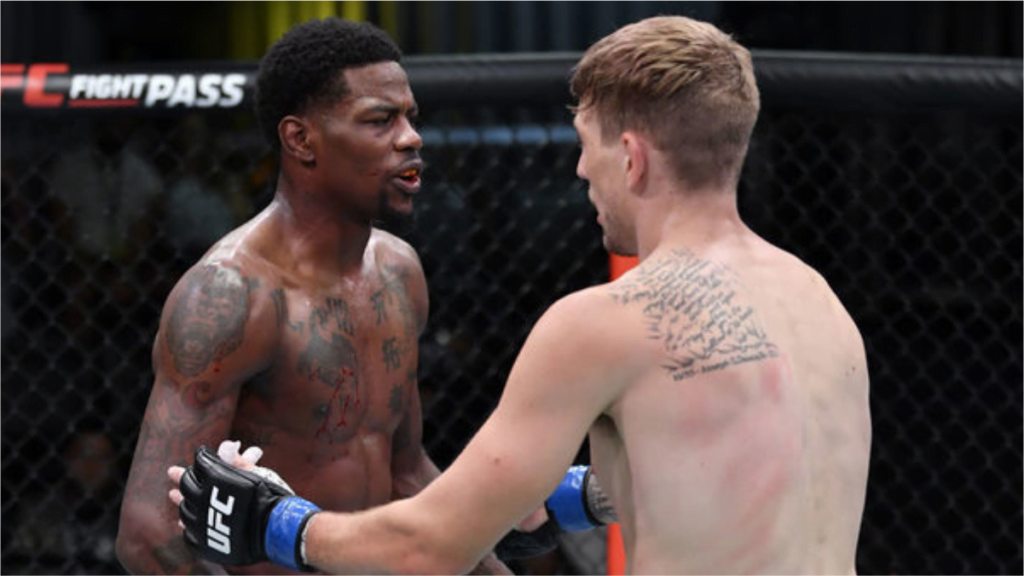 Kevin Holland and Kyle Daukaus will settle their controversial fight once at UFC Fight Night 197.

Holland vs. Daukaus first fight was served as a co-main event for UFC Vegas 38 and ended in chaos when Holland nearly went concussions from a headbutt and was subsequently submitted by Daukaus in the first round.

However, Referee Dan Miragliotta instantly demanded the replay of headbutt and along with judges and Nevada athletic commission he turned the decision to no contest by unintentional headclash.

Although Holland (21-7, 1 NC) said Daukaus did enough to win the fight, he also promoted a rematch shortly afterwards. at the same time Kyle daukas was unhappy with decision considering him dominating the fight.

Now Kevin Holland and Kyle Daukaus will try to find an result to their controversial fight at UFC Fight Night 197 which will be held at the UFC Apex in Las Vegas with no 1 featherweight contender match between Max Holloway and Yair Rodriguez.