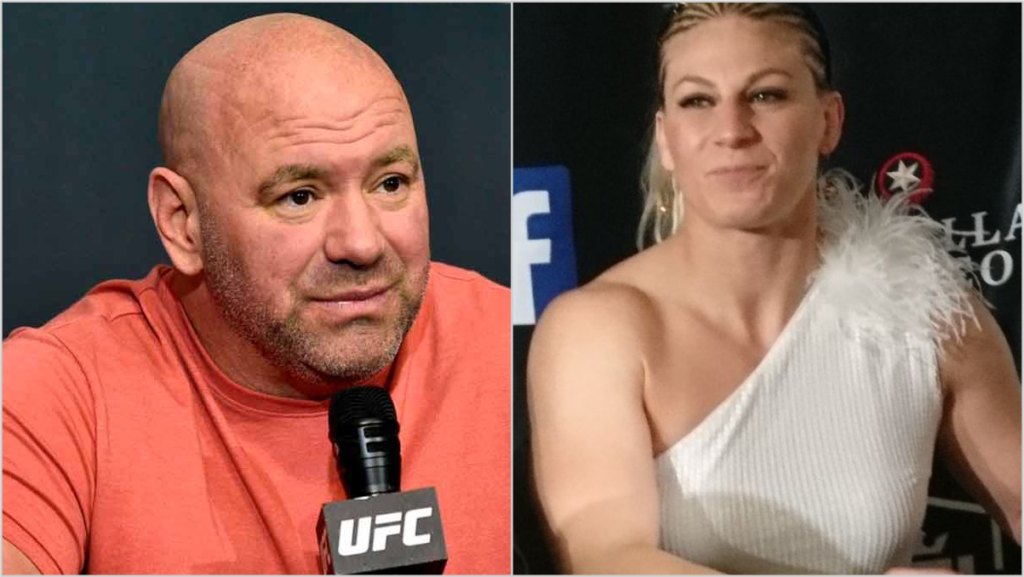 The UFCs Women’s featherweight division has been a one-sided affair since it was established at the end of 2017. it’s been four years since the formation of the division, and there isn’t an official ranking of the division.

According to UFC president Dana White, even after so many fighters like Aspen Ladd, Felicia Spencer leaving the division, Dana believes that division is still there for the champions.

Speaking to TSN reporter, Dana White Said “That division is still there for the champ, The day (Nunes) says she doesn’t want to defend that belt anymore, we probably let it go. It’s there for her. And I’m interested in the whole Kayla Harrison thing. She thinks she’s the best in the world. There’s only one way to find out: come over here and fight the GOAT.”

Whatever the motive, White confirmed to TSN that the UFC is currently in discussions with Kayla Harrison. Those talks are expected to culminate in Kayla Harrison’s joining of the UFC if she truly wants to prove herself best in the world.

Apart from UFC, Bellator has expressed interest in Kayla Harrison. Last week’s Bellator 272 press conference, CEO Scott Coker said that the company would meet with her next week. PFL is also hoping to retain her services through the fourth year.