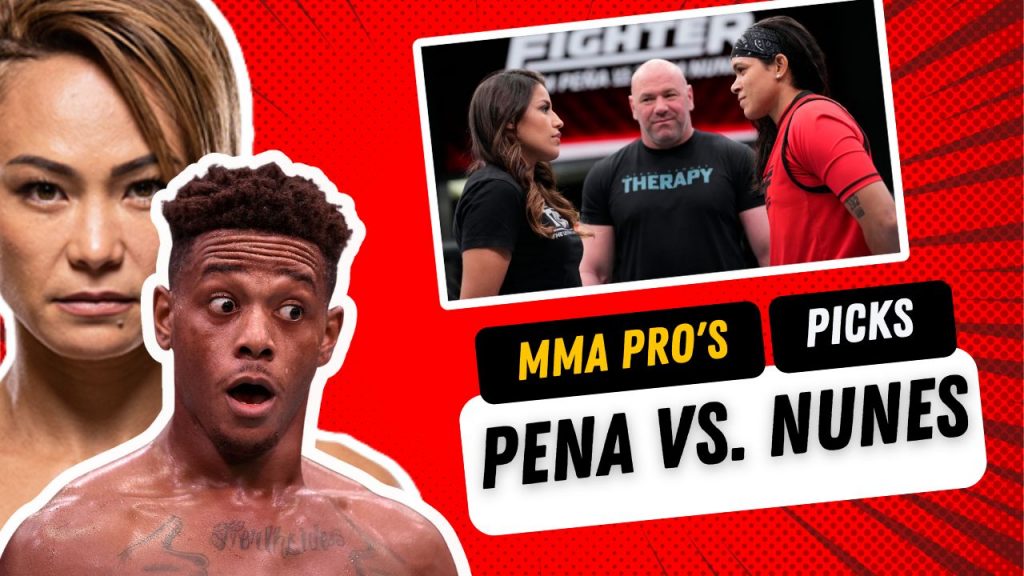 Amanda “The Lioness” Nunes will be attempting to win back her UFC Women’s Bantamweight title against Julianna Pena in the upcoming UFC PPV 277.

It shocked the world when Julianna Pena defeated invincible Amanda Nunes at UFC 269.

According to UFC ODDS, Amanda Nunes is quite favourable. However, there’s been some speculation on Pena as we get closer to the bout this week, as betting fans are taking advantage of the rare opportunity to bet on the winner as a substantial underdog.

In this article, we have got some MMA Pro’s sharing their picks for the upcoming UFC 277: Julianna Pena vs. Amanda Nunes.

I am going with Amanda, I think Amanda took her too lightly the first time didn’t take her seriously and Julianna was all business.

Oh! that’s actually a tough one. I reckon we’re going to see those two fight for the third time. so I reckon Amanda Nunes winning this time.

She (Julianna Pena) didn’t surprise me on that one (UFC 269). like Julianna Pena is a great fighter but I know, you know Amanda Nunes is the GOAT so I was like that surprised me a hell of a lot.

Who knows what was going on with Nunes, I know she said she was hurt or maybe wasn’t feeling well. It is really tough to pick but Just by watching that fight how well Pena did, I don’t know style makes fights I feel like I have to go with Pena.

I really think it will come down to where Amanda is in her headspace. Because yeah like Nunes slowed down but in my opinion, I think that Julianna had to get in her face to slow her down. But sometimes people hit a breaking point and I think what happened was Nunes threw everything she had at Pena. and Pena just took it because she’s a dog and then Nunes was like dang what else do I have.

She also said that she would put her money on Julianna Pena.

I think Pena wins it again and shocks the world the second time, I mean I think Julianna Pena is at a different level right now in life and training and mindset that She’s able to go out there and actually get the job done again.