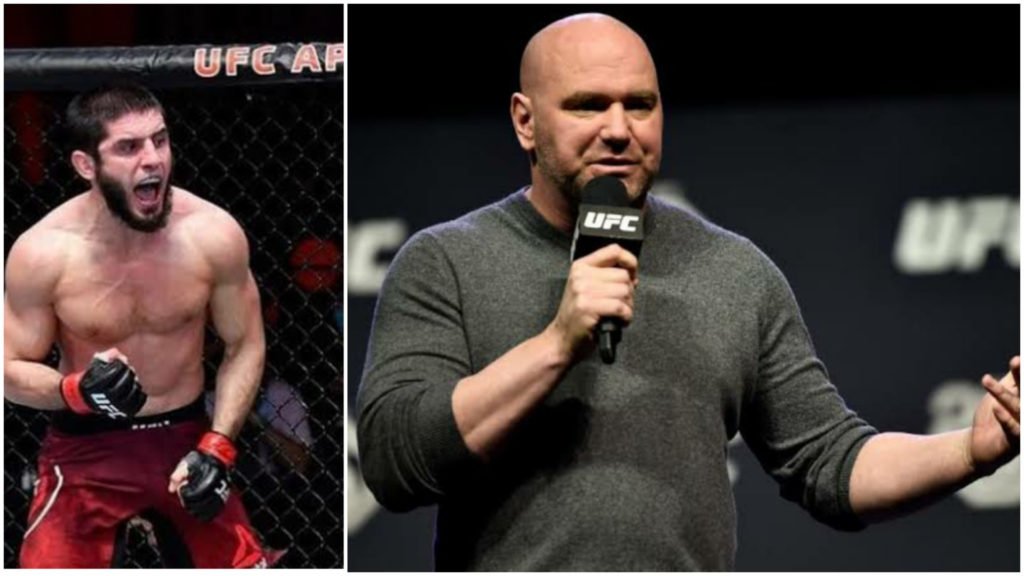 UFC president Dana White has shared his thoughts on whether Islam Makhachev should get a title shot over Justin Gaethje or Michael Chandler.

At UFC 268 press conference, When asked by a reporter Will Islam Makhachev get so called Dana White privileged over Gaethje and Chandler? Dana Replied “WTF! is that even mean, I don’t even understand what the F*ck is that even mean. That sounds like some Bullsh*t to me.

To conclude his answer Dana further explained “He (Gaethje) is ranked number two in the world, He is gonna fight number four (Chandler)” In short, Dana has no interest in giving a title shot to Islam Makhachev over the winner of Gaethje-Chandler fight.

“We dont care what he says” Said by Chandler. He also made his future title contention stronger by stating “Saturday night me and Justin Gaethje get after it for the number 1 contender, It’s a number 1 contender fight.”

Justin Gaethje and Michael Chandler will be fighting at UFC 268 for the Number one contender of the Lightweight start. Which is held by Charles Oliveira and set to be defended against Dustin Poirier in December at UFC 269.