Usman say’s why not? for potential crossover fight with Canelo Alvarez 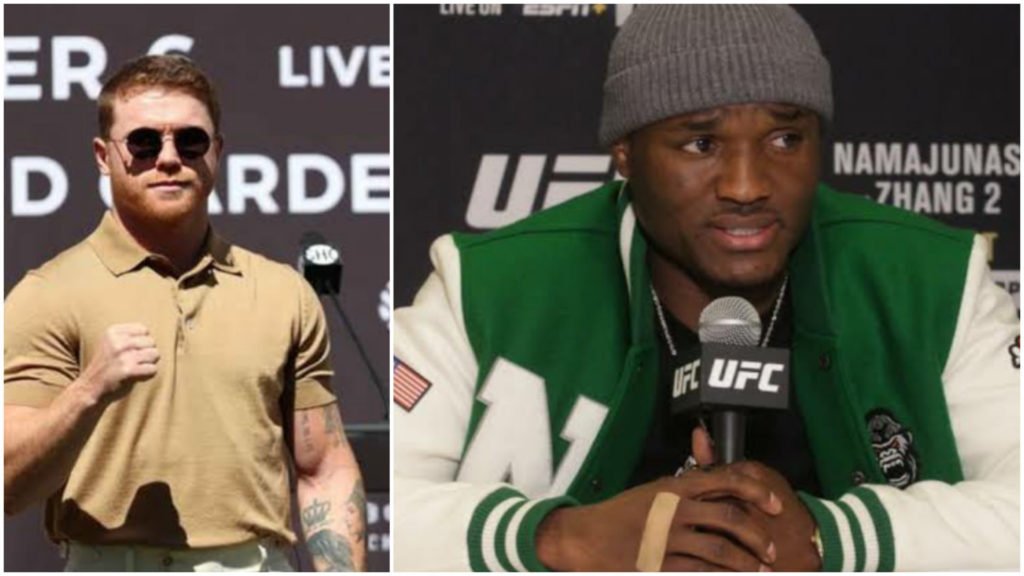 Number one ranked pound for pound fighter Kamaru Usman has his eyes set on potential crossover bout with Canelo Alvarez.

Throughout this fight week Kamaru has been teasing about it. However, he also said that it is in Dana’s hand to make it or not.

When a reporter asked Dana White in UFC 268 press conference whether the fight between Kamaru & Canelo intrigues him.

Usman responded before Dana starts to speak anything, Usman said “Before you answer that Dana. This is what intrigues me is, you know i am getting bored running through these loud mouths up here,I’m getting bored so you know what I said Pound for pound in both sports promoted by the pound for pound best promoter in the world Dana White. Why Not?..”

However, Dana has not yet made any comments on it, but it will make sense if Usman Knocks out Colby earlier in the fight.

Canelo and Usman will be fighting on the same day, Usman is set to face Colby at Madison Square Arena while Canelo is scheduled to fight Caleb Plant at MGM Grand Garden Arena.

Does Usman Vs. Canelo makes sense?

Well, in terms of entertainment purpose 100% it makes sense. Because Usman has proven everything in the UFC. He deserve that kind of fight.