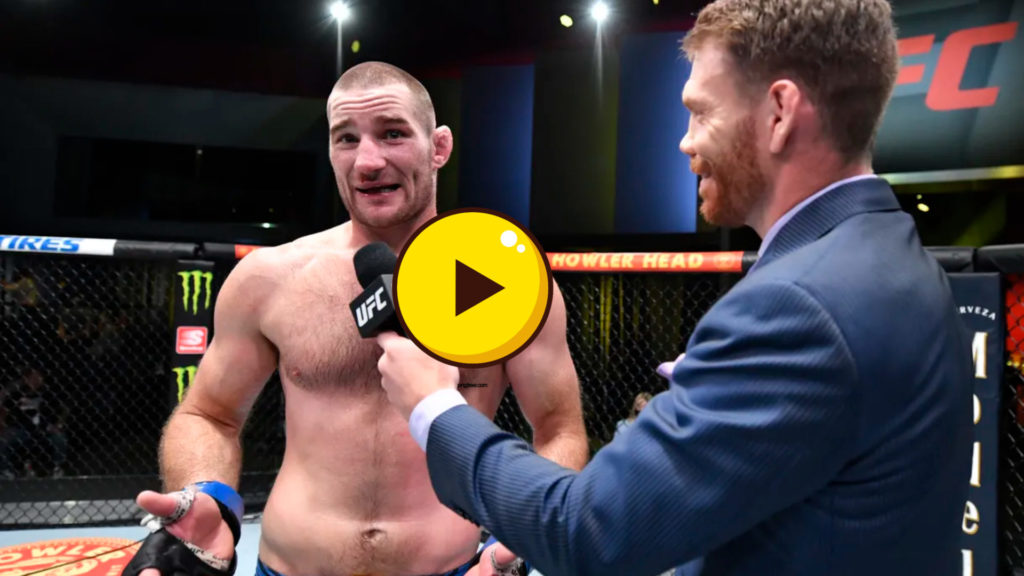 UFC middleweight Sean Strickland has landed himself in the controversial comments on homosexuality.

It’s been a year of attention for him, his latest incident where he said he’d find “great Joy” in killing the controversial Welterweight Dillon Danis.

Since the time, he’s spoken out about trans fighter Alana McLaughlin. He’s also recorded an incident akin to road rage and has even spoken about his history as a Neo-Nazi child. Whatever you think of Strickland, He has, without doubt, been regarded as the most unrestrained fighter on the UFC roster.

However, the follow-up tweet of Strickland could or might not be a shocker in response to an interesting question on whether the welterweight should have a son who is homosexual or an unfaithful daughter.

Later in his tweet, he mentioned how it takes too much for straight men to get laid. He wrote, “LISTEN gay men are great, i support them and their choices. freedom! Gay guys have it made. Most gay guys I know are always happy. They all just get to hang with buddies all day and have sex.. us straight men, we’re fucked… we gotta do some serious work to get laid. Not fair”

It’s not clear whether Strickland just expressing a bit of his quirky humor or was genuinely trying to impress with his remarks. Two things are certain. Many will view his comments, and especially his initial tweet that he posted, to be homophobic regardless of the context. However, others will think that this interpretation is an a case of “cancel the culture.”