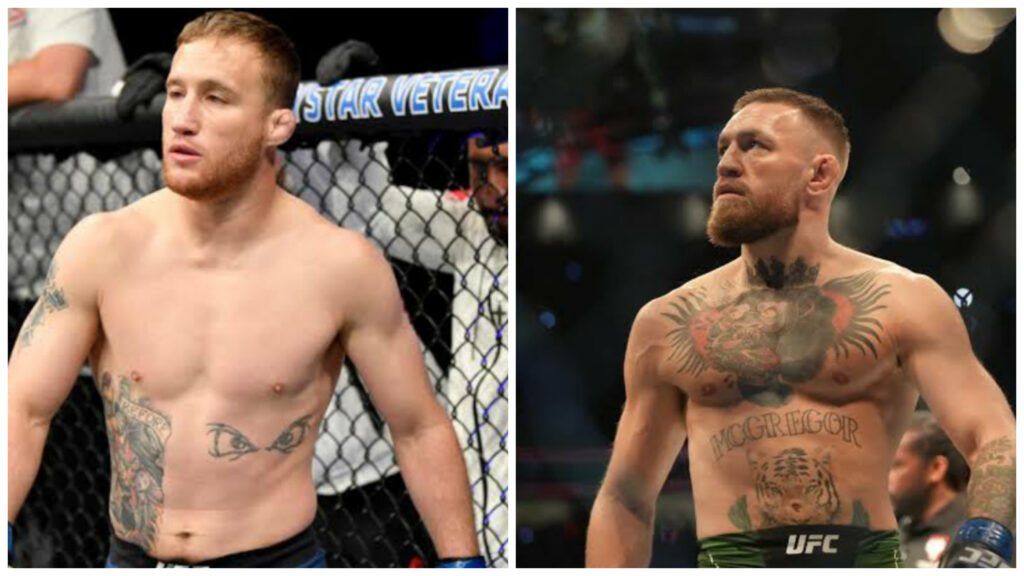 Despite ranking at number one in the lightweight division Justin Gaethje is still pursuing to confirm his title shot against champion Charles Oliveira.

Fighters like Conor McGregor and Islam Makhachev have already claimed the title contendership over Justin Gaethje.

Speaking at his recent interview with BT Sport, Gaethje addressed the issue of the next title shot and explained why media and fans are still discussing it even though he is already number contender.

“I don’t know. I don’t want to talk about it. The only reason it’s even almost (an issue) is that you guys keep asking about it; you guys keep talking about it. You’re really just doing your job, and it’s just to create a story,” Said by Justin Gaethje

When asked about Conor, Gaethje dismissed his claims as irrelevant. “He’s irrelevant right now.” Said Gaethje, “He’s got a broken leg, and with that question, you have to question the integrity. You, as a journalist, have to stand behind it, and you know that it should never happen, and you should do everything to keep it from happening.”

Justin Gaethje was last fought at UFC 268 against Michael Chandler. This fight has earned the award of the fight of the year.

On the other hand, Conor is still recovering from his broken leg injury and is expected to make his return in the summer.

Whether you like it or not, Conor fighting Charles Oliveira seems a doable idea to us. Rightfully, Gaethje should get it, but if Conor jumps in, He can definitely get what he wants.

The right thing to do for UFC will be Oliveira Vs. Gaethje and Conor Vs. Nate and the winner of any of the above bout should face Poirier.