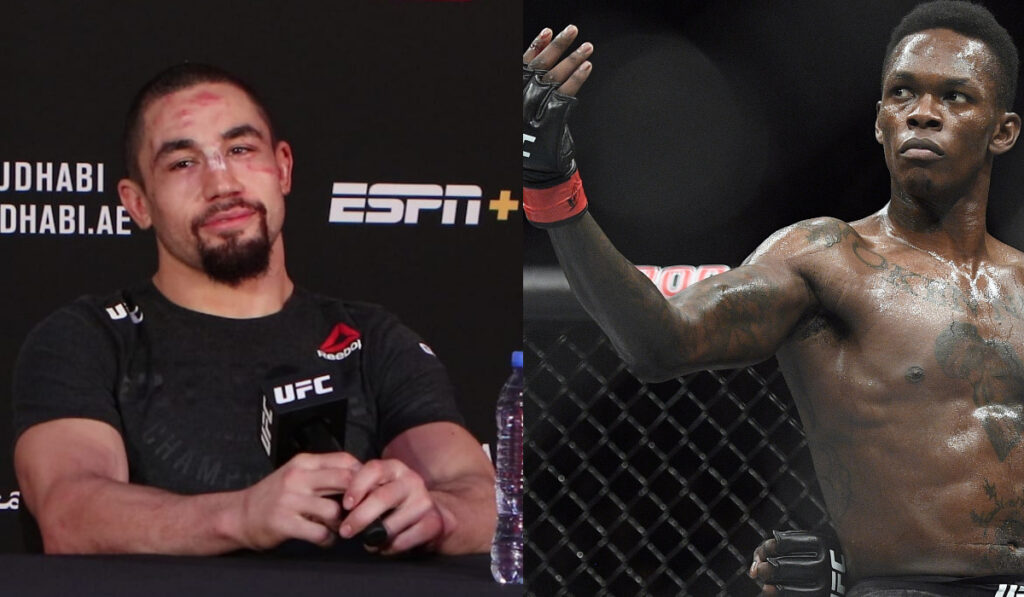 UFC Middleweight Champion Israel Adesanya predicts he would f**k up Robert Whittaker in their upcoming bout.

At UFC 271, Israel Adesanya will defend his title against his former rival Robert Whittaker.

In their first fight, Adesanya dominated Whittaker and finished him in round two of their scheduled five-round bout.

Adesanya predicts his rematch with Whittaker.

“My prediction is that I am going to f*ck Whittaker up, again, He can’t stand with me, so I know he will be forced to grapple.”

“If he wants to copy someone else’s work, then by all means, try, because it went so well last time for him when we fought.”

Adesanya indeed defeated Whittacker with ease in their first fight, but this time, it will be interesting to see Whittacker’s adjustment and how Adesanya deals with him.