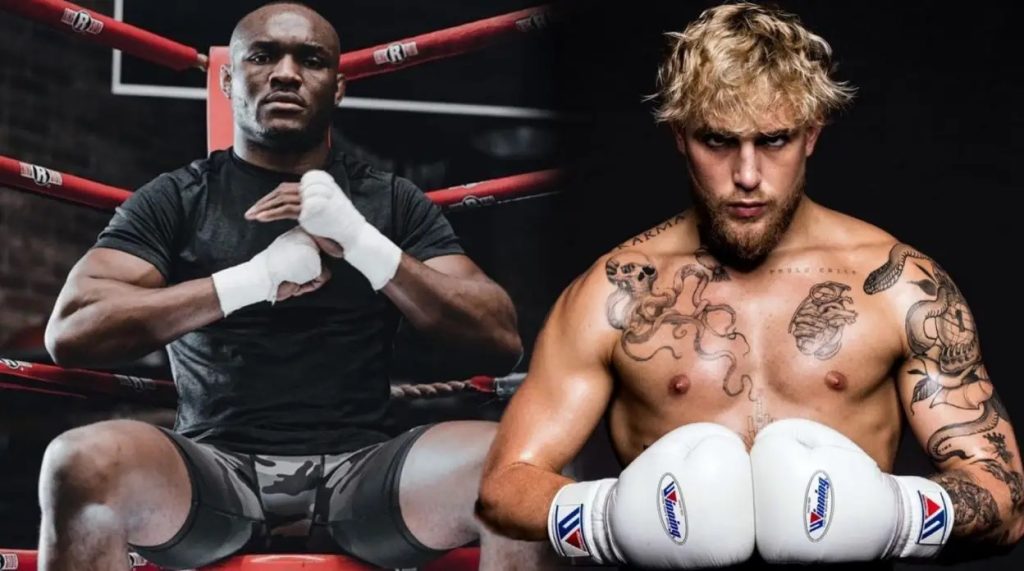 Kamaru Usman have been actively shown his presence over twitter these days. Specially to build up for his future boxing bouts.

He seems to be fascinated by the idea of boxing crossover fight against boxing GOAT Canelo Alvarez.

However, Canelo has not showed much interest in boxing Usman for now. He said he is focusing more on legacy.

Recently, Jake Paul has also jumped in the mix of conversation with Kamaru Usman.

Jake Paul also responded back to Kamaru Usman saying “me and you locked in a room together… sounds like a good time to me 😉 I’ll bring the fuzzy handcuffs.”

Kamaru Usman was last fought at UFC 268, When he fought Colby Covington for their most anticipated rematch. It was his fifth straight title defense which placed him at number one pound for pound rankings.

On the other hand, Jake Paul has announced date for his next boxing bout. But his opponent is yet to be announced.

It will be interesting if Jake and Usman fought before making Usman Vs. Canelo. This might help more to buildup their fight.