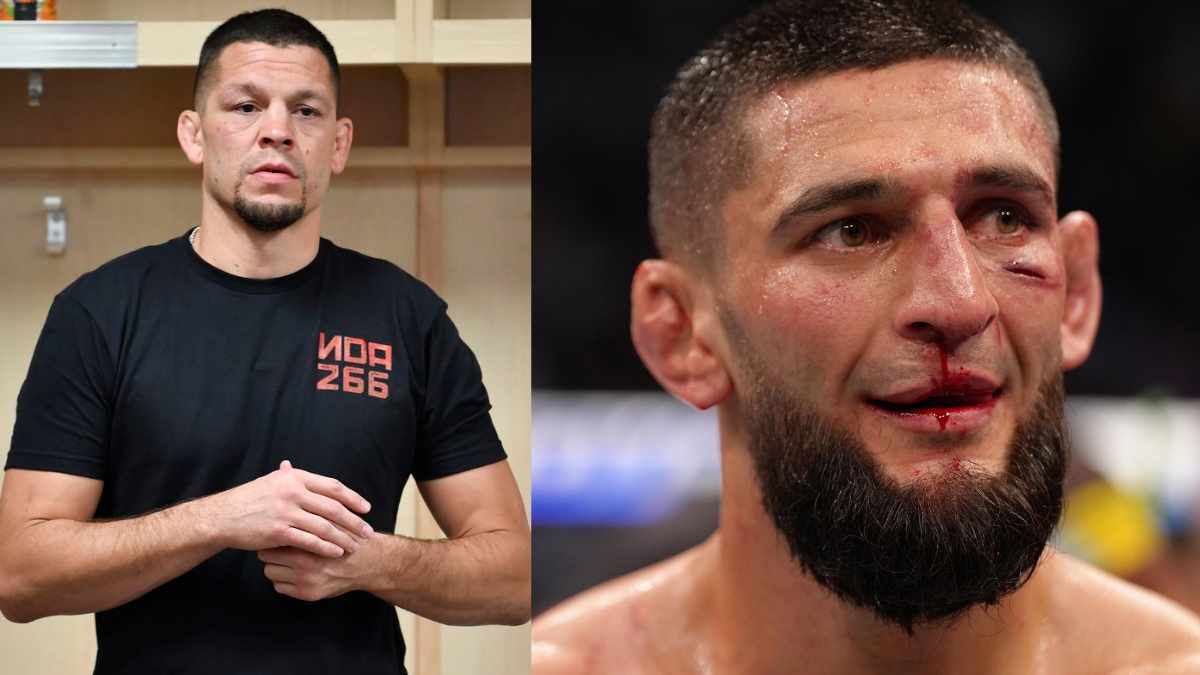 Khamzat Chimaev has called out many top fighters including Conor McGregor, Colby Covington and he specially targeted Nate Diaz by calling him skinny.

Khamzat was last seen in a action month ago when he fought Gilbert Burns at UFC 273, This was the biggest and toughest win of his career.

We have seen Khamzat getting dropped by Burns in their fight, Which might be an opportunity for his upcoming opponents.

Khamzat Chimaev took it to the twitter to call out Nate, Colby & Conor.

Since Kamaru Usman will be Fighting Leon Edwards next, The only logical fight which makes sense for Khamzat is Colby Covington. This fight probably give us the next title challenger.

Khamzat made fun of Colby’s broken tooth in his latest tweet.

Earlier today, an picture of UFC’s scheduled matchmaking board was leaked. Where Nate Diaz Vs. Khamzat Chimaev was listed for UFC 276.

Diaz Vs. Khamzat has been on target of UFC president Dana White. But Nate Diaz rejected this bout by saying he deserve better match-up not against any rookie.

However, We haven’t yet heard from UFC officials about this leak and we will update you once we get an official reaction.

What do you guys think of Chimaev calling out Nate Diaz, Colby Covington, and Conor McGregor? Who do you want to see him fight next?