The fights that every UFC fan wants to see in 2022 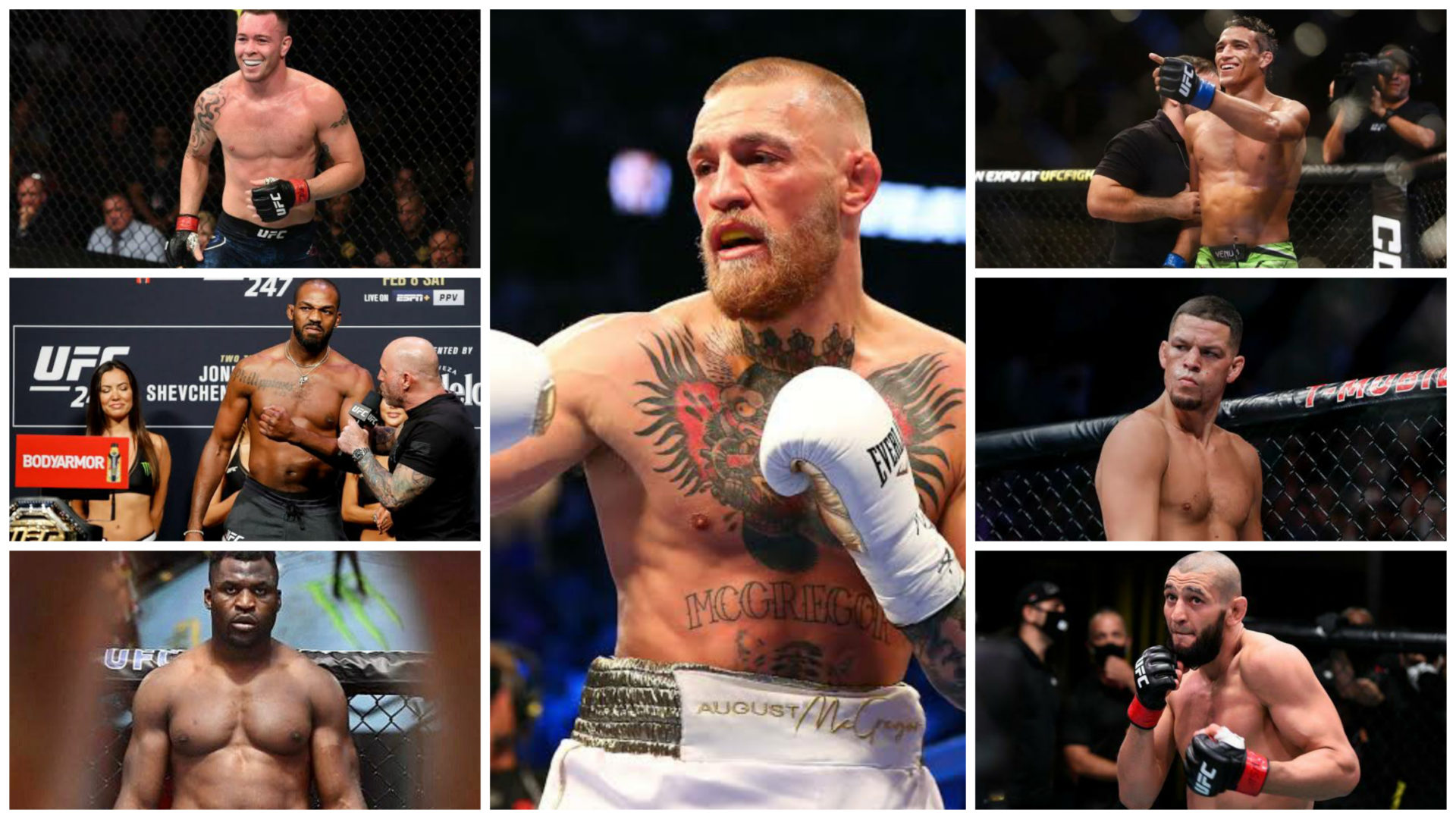 Despite Covid, According to many reports, UFC managed to pull out one of the best business years.

Undoubtedly, UFC fans are eagerly waiting to see many fights in 2022. Following is the list of such fights.

Jon Jones is such a fighter that “You can hate him or love him but you can not ignore him” Jones Vs. Ngannou, for the heavyweight title, is a certified banger.

It’s been a year since we have seen Jones competing inside the octagon. And On the other hand, Francis Ngannou looks unstoppable by his power. This bout is already giving me goosebumps.

Although they both have many opponents, I feel like, as a fan, this fight is needed to happen.

People want to see something new, and this is the perfect bout that needs to happen in 2022.

I think this will definitely happen in 2022, Nate Diaz Vs. Conor McGregor 3 is already a sold-out event.

It’s been more than two years waiting for UFC fans. If it has to happen, then what better time than 2022.

Usman fighting Khamzat would be a freaking main event. Considering the hype of Chimaev, it would do massive PPV.

I would love to see how Kamaru Usman deals with Chimaev’s aggressive wrestling as a fan.

If Chimaev manages to get one or two wins, This fight will happen 100 %.

You can not be a fight fan if you don’t like to see Conor McGregor fight.

Irishmen taking on Oliveira is a dream match for me. If someone can finish Oliveira, it is not Gaethje, it is not Makhachev or Dariush, but it is McGregor.

McGregor winning his belt back would be the perfect base for his next boxing fight in 2023.

I want to see Conor defeating Poirier in his comeback fight, Then fighting Oliveira for the belt at the end of 2022, and make a move to a boxing bout with Floyd Mayweather.

With that being said, Tell us which fight you want to see in 2022?