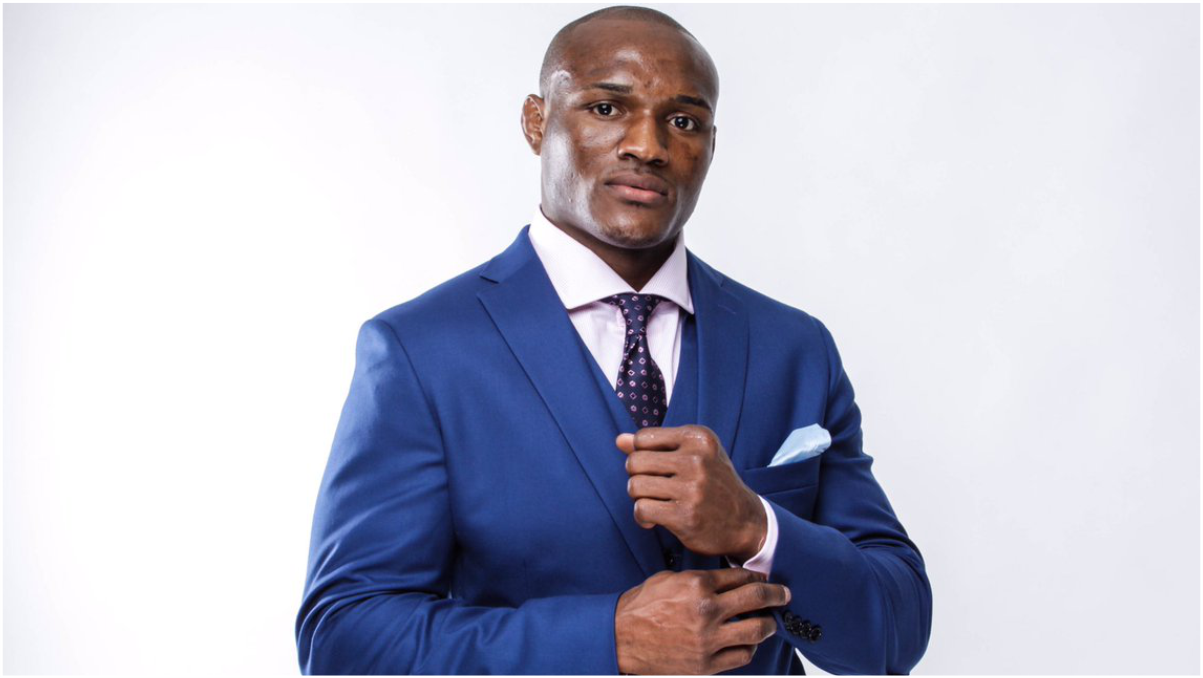 He is the current Welterweight champion of the UFC and still actively defending in the UFC.

His last fight was against Colby Covington, which has made him a total of $1,892,000. which is also the highest payday of his career till date.

Kamaru Usman is a professional Nigerian-American mixed martial artist. He is currently ranked as the number one pound for pound fighter.

It is estimated that Kamaru Usman has earned more than $6,864,833 throughout his fight career. His highest payday was at UFC 268 where he defeated Colby Covington by unanimous decision in an five round war.

UFC 261: Kamaru Usman Vs. Jorge Masvidal 2 – Usman defended his title for the fifth time and second time against Jorge Masvidal. Usman knocked out Masvidal in an devastating way in round number two.

UFC 258: Kamaru Usman Vs. Gilbert Burns – Usman defended his title against one of his former sparring partner Gilbert Burns. Usman knocked out Burns in round number three of their fight.

UFC 245: Kamaru Usman Vs. Colby Covington 1 – This was one of the most anticipated fights of his career. Overall, it was a close fight till round four, but Usman got the finish in round number five.

Tyron Woodley Vs. Kamaru Usman – This was his first title fight when he defeated Tyron Woodley to earn his first ever UFC gold. Where he earned whopping $1,155,000, which includes his base salary of $350,000, PPV sales bonus of $775,000 along with $40k sponsorship bonus.

Kamaru Usman Vs. Rafael Dos Anjos – On the ultimate fighter season 28 finale Usman defeated RDA by unanimous decision. Which also earned him performance bonus. For this fight Kamar Usman earned $205,000. Which included $75,000 as a base salary and $75,000 fight win bonus along with $50k bonus.

Demian Maia Vs. Kamaru Usman – Usman defeated Maia by unanimous decision in five round hard fought battle. For this fight Usman earned $55,000, Which included $25,000 as a base salary and $25,000 as a fight win bonus and $5,000 as a sponsorship bonus.

Kamaru Usman Vs. Emil Meek – Usman defeated Meek by unanimous decision on UFC Fight Night Stephen Vs.Choi. For this fight he earned $25,000 as a base salary and $25,000 as a fight win bonus along with $5k sponsorship money.

Kamaru Usman Vs. Warlley Alves – Usman defeated Warlley by unanimous decision. Which earned him $44,500 including his salary and all bonuses.

Kamaru Usman Vs. Alexander Yakovlev – this was Usman’s third fight on UFC contract where he defeated Alexander by unanimous decision. For this fight, he earned $44,500.

Kamarudeen Usman is the real name of Kamaru Usman, He was born on May 11, 1987 in Auchi, Nigeria. His father is a army major in nigerian army and his mother is a teacher in nigeria.

He also has two brothers whose names are Kashetu and Mohammed, Kashetu is a doctor of pharmacy and Mohammed is a mixed martial artist.

Kamaru Usman started wrestling when he was in the school, During these days he got the nickname “Marty”. During school days he compiled the record of 53-3 and earned number 3 rank at Texas state championship.

While in college days Usman wrestled in William Penn University, But unfortunately he left the university because his teammates and coaches left him behind in the sandstorm to attend NAIA national tournament.

Then he was transferred to University of Nebraska, He secured top 3 spots during all three years at UON.

Kamaru Usman is set to defend his title against Leon Edwards who is currently riding on nine wins streak.

Kamaru Usman tried freestyle wrestling after his folkstyle career. He became a United States resident in 2012, which was offered by the United States Olympic training centre.

He made it to the US university world team in 2010, but unfortunately, he failed to qualify for the United States Olympic team due to injuries.

After failing in US olympics qualification, Kamaru Usman started training of Mixed Martial Arts. In 2010, he served as a wrestling coach of the ultimate championship season fourteen.

In November 2012, Usman started competing in MMA and compiled a record of 5-1.

In 2015,On the 21st season of the ultimate fighter Usman was selected as one of the fighter. In his debut fight Usman faced undefeated Titan FC Welterweight Champion Michael Graves. Usman defeated him in a five round war by Majority decision.

In the semifinals, Kamaru defeated former WSOF Welterweight Champion Steve Carl by unanimous decision. With this win Usman advanced to the final. Where he scheduled to fight Hayder Hassan.

Kamaru Usman made his first appearance in December 2015 at UFC on Fox 17, where he defeated Leon Edwards by unanimous decision after three rounds of a fight.

Six years have gone now, and they are now at such a point where they will fight for the title now.

Kamaru Usman is married to his Brazilian girlfriend, Eleslie Dietzsch. They are now parents to a sweet daughter Samirah who was born in 2014.

Kamaru Usman said he loves brazil, and His daughter is half Brazilian.

Awards and Accomplishments of Kamaru Usman

How much is Kamaru Usman Net Worth?

How old is Kamaru Usman?

What is the current MMA record of Kamaru Usman?

20-1-0 is the MMA record of welterweight champion Kamaru Usman.

Who is the wife of Kamaru Usman?

Kamaru Usman is married to his Brazilian girlfriend Eleslie Dietzsch.

When is the next fight of Kamaru Usman?

Kamaru Usman is set to defend his title against Leon Edwards who is currently riding on nine wins streak.

Who did Kamaru Usman lose to?

Kamaru Usman has only lost to Jose Caceres by rear naked choke submission.

Where does Kamaru Usman train?

Kamaru Usman is currently training along with Justin Gaethje at ONX Sports under one of the best coaches in the MMA community Trevor Wittman. The UFC Welterweight champion signed with ONX Sports in 2020 after three years in the Sanford MMA gym.

Where does Kamaru Usman live?

Usman is born at Aunchi, Nigeria and moved to Dallas, Texas. Where he is currently living with his family.