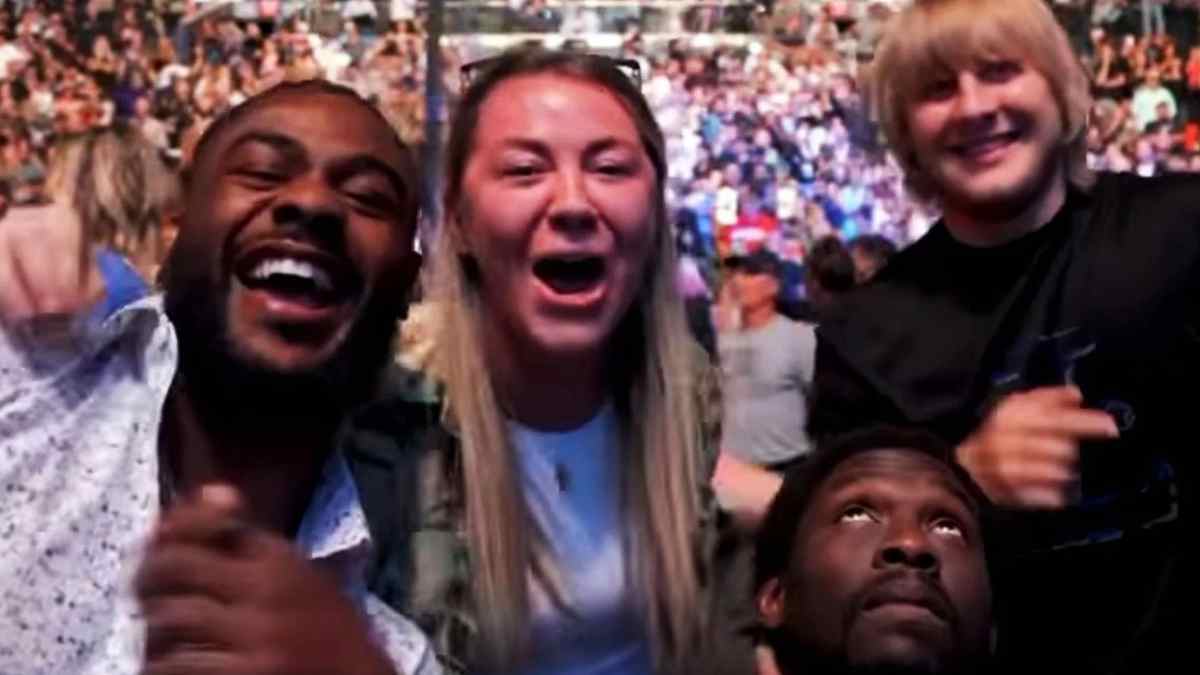 Jared Cannonier likes to remain inside his zone, He doesn’t like to get surrounded by the people that he didn’t know.

Jared Cannonier was present in the UFC 274 crowd along with Aljamain Sterling, Molly McCann & Paddy Pimbeltt.

When they were featured on the big screen, Cannoniers reaction was very serious as rest of other fighters enjoyed screaming at camera.

After that reaction went viral, Jared Cannonier appeared on MMA Hour where he explained his views on his serious reaction on crowd cam at UFC 274.

There is no doubt about Jared Cannonier’s personality, He is been very serious throughout his career. Also he must be pumped more with his fight announcement against champ Israel Adesanya.

Cannonier is currently the middleweight title contender, Who will be taking on Israel Adesanya at UFC 276 in July. Card also features featherweight trilogy between Alexander Volkanovski and Max Holloway.