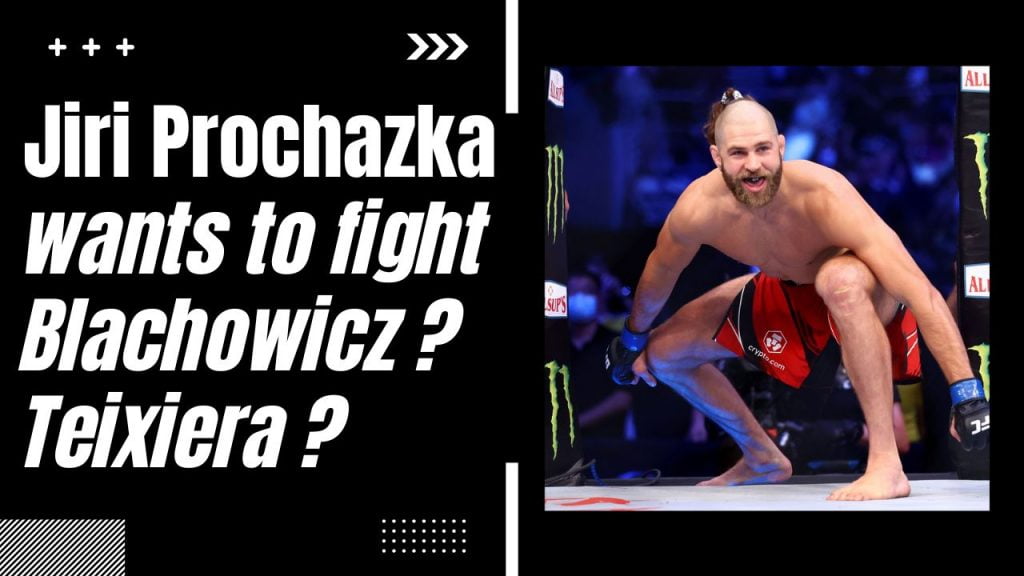 UFC Light Heavyweight Champion Jiří Procházka has a name in his mind for his first title defence.

Last month at UFC 275, Jiri Prochazka defeated Glover Teixeira in the last 30 seconds of their fight. He was falling behind on judges’ scorecards but somehow managed to submit Teixeira.

Even after defeating Glover Teixeira by submission, Jiri Prochazka has been vocal about his disappointment with his performance. He wanted to win his first-ever title in a dominant fashion so now he wants a rematch with Teixeira to prove himself to the fans.

Prochazka posted a video to his Twitter account Monday announcing that he had decided against whom he will put the belt on the line.

Prochazka, looking to add another decisive and dominant win over Teixeira before moving on to other targets.

Although it is not clear if the promotion agrees with this view. previously he indicated that he would wait for communication before commenting on his first defence. So, this fight could be in making in the background.

jiri prochazka By THE UFC News