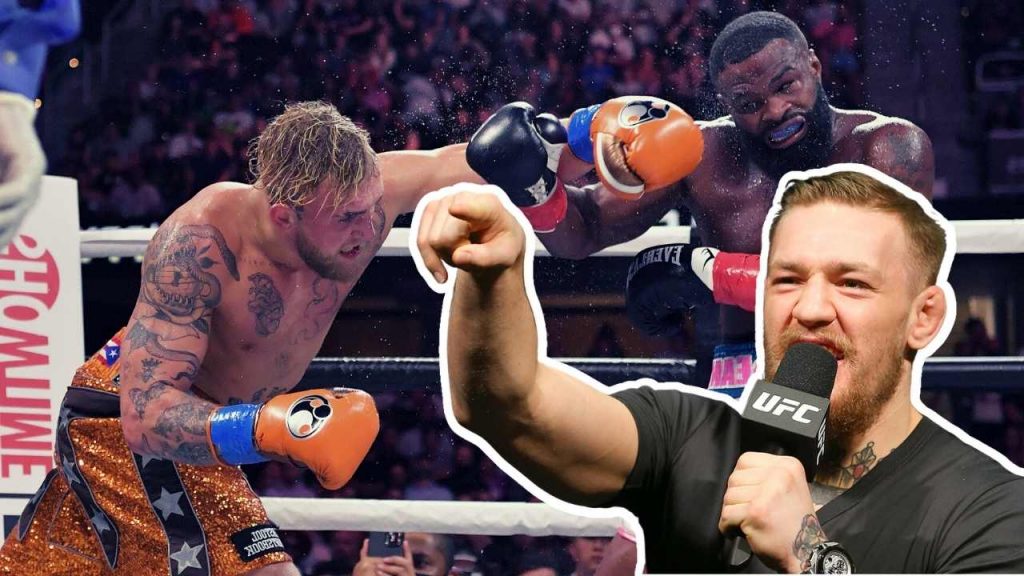 Jake Paul was originally scheduled to box Tommy Fury but due to Fury’s travel problems to the United States. Now, He will be taking on Hasim Rahman Jr. on August 6th in a headliner for his next appearance at the ring.

Speaking to Ariel Helwani on MMA Hour, Paul was asked about how close is he to boxing MMA superstar Conor McGregor.

“Yeah for sure, I think for me fighting a couple more times, continuing to knock some people out and he has to get active again, who knows when that’s gonna happen? I think those two things need to happen and then at some point it’s gotta happen. Why not? He’s a businessman, I’m a businessman. That’s $75 to $100 million for both of us.”

After hearing a callout from Paul, Mcgregor responded back with his own tweet.

McGregor lost his first-ever pro boxing fight to Floyd Mayweather in 2017. McGregor was close to fighting Manny Pacquiao last year before he agreed to fight Poirier at UFC 257.

Conor has expressed interest in boxing, but we will have to wait until the time is right to find out who his opponent is in boxing.