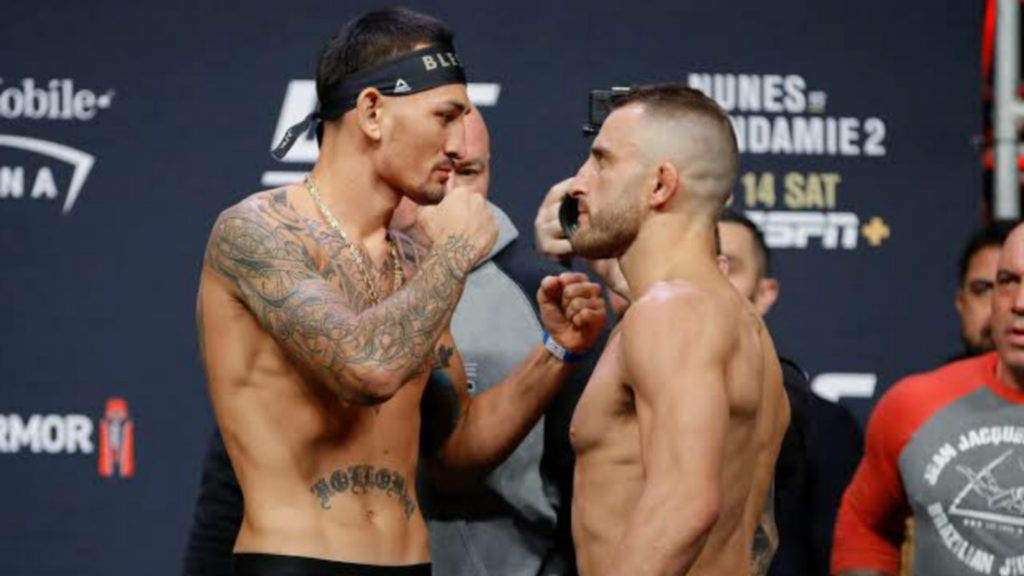 They both have fought twice previously, Where Volkanovski defeated Holloway both times with a thin margin. However, the pair will settle the dispute of the best featherweight in the world in their upcoming trilogy bout.

UFC president Dana White made the official announcement of this bout to ESPN on Wednesday.

Before losing his title to Alexander Volkanovski, Max Holloway was on a 14 fight winning streak, and on the other hand, Volkanovski is undefeated in his UFC career.

Max Holloway is coming from two back-to-back impressive victories over Calvin Kattar and Yair Rodriguez. Who will be looking to finish Volkanovski this time.

On the other hand, Alexander Volkanovski is coming from an excellent victory over Brian Ortega.