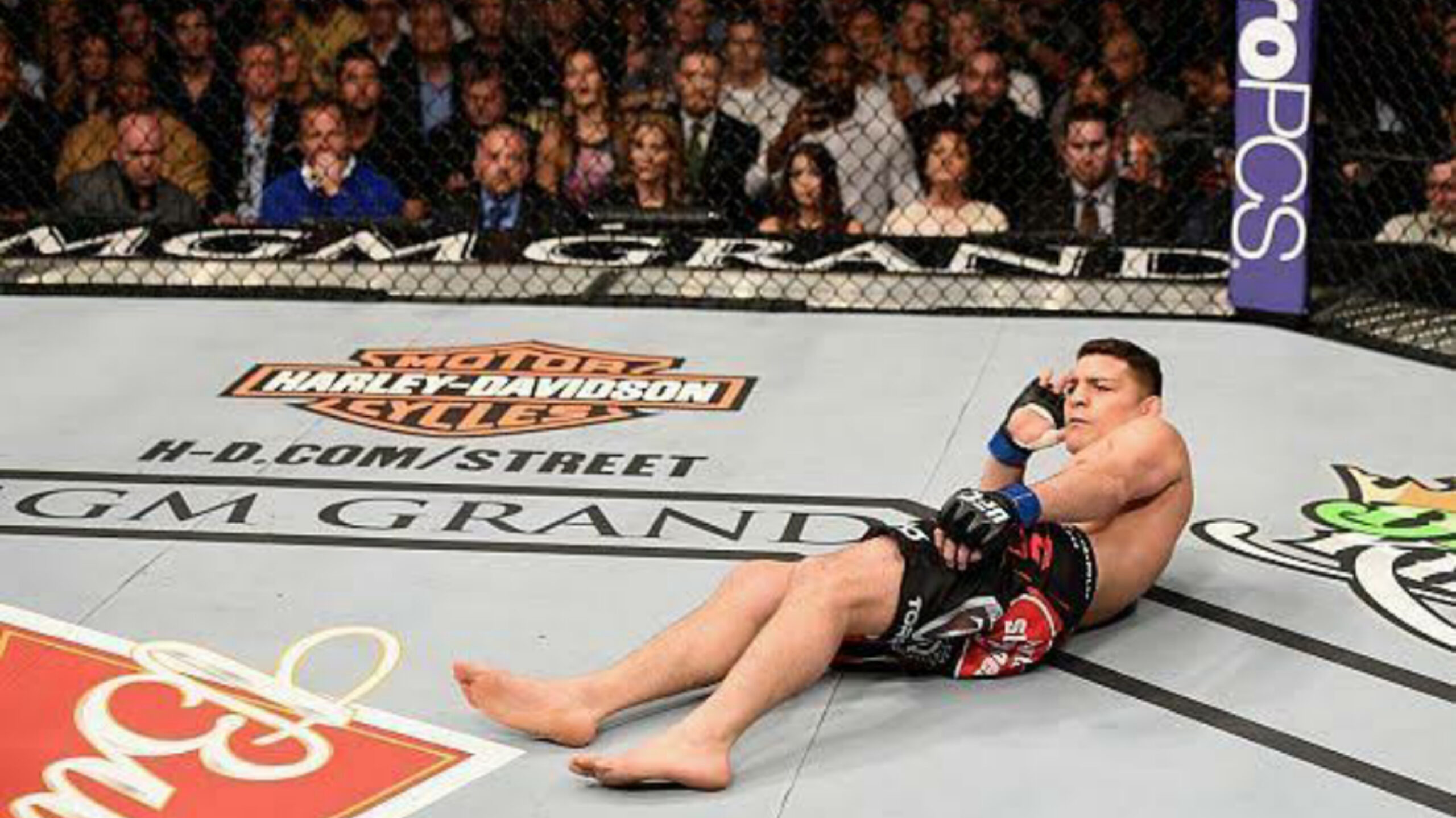 Throwback to the 2015 incident, When elder Diaz trolled GOAT Anderson Silva inside the octagon.

Diaz brothers have always been fun and most entertaining fighters, inside and outside the ring.

On 1 Feb 2015, at UFC 183, Nick Diaz fought Anderson Silva, where Diaz did something which Anderson and many MMA fans have not expected.

Diaz taunted Silva by lying on the floor, turning his back to him and teasing Silva into exchanges.

During the fight, he was getting pissed by Anderson’s patients for counter striking, so he decided to mock him. Watch a clip in below embedded tweet.

But that was not the end result, As the bout was later overturned, with both fighters failing their post-fight drug tests.

Fast forward to today; they both seem to live with pride they have earned throughout their fight career.

With that being said, we end our article here and suggest you check out other articles and share them with your friends.