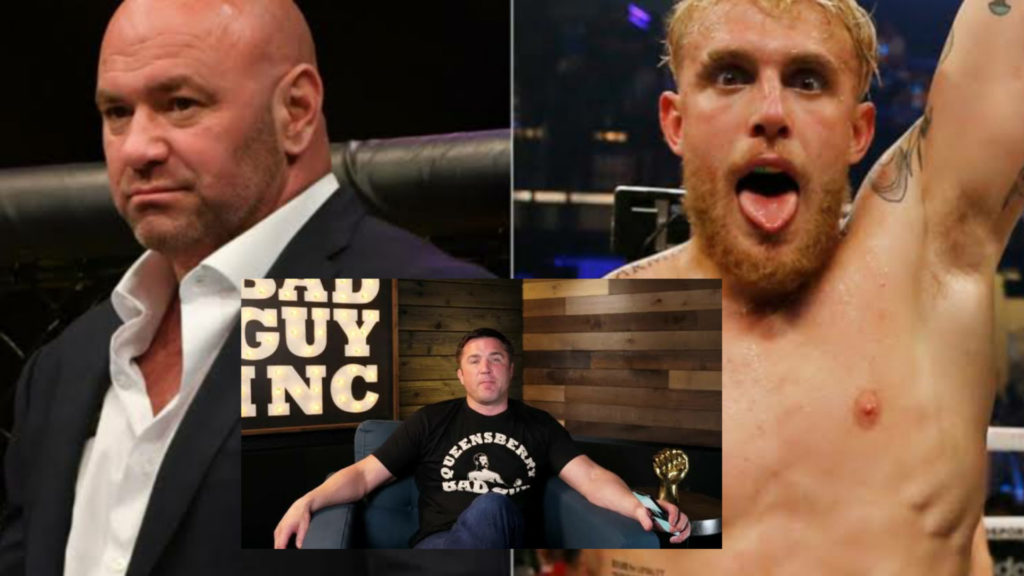 Chael Sonnen has laid down some facts to the people who think UFC’s Fighter pay is unfair.

Chael Sonnen has come to the defense to the Dana White when Dana was seeming to be losing social media feud to Jake Paul.

“They don’t ever add the fact that Nobody’s written more checks than Dana White, More.” Chael Sonnen Said, “I’m not even talking about the numbers, the total dollar amount. I’m talking about more, I’m talking about 22 people. 22 athletes get paid every single Saturday. Nobody knows what 22 times 52 is for 52 weeks in a year like. That’s impossible math to know, but Nobody in combat sports writes that many checks. Dana’s never brought that up.”

“Nobody in the world, not just combat sport, No business in the world is paying 600 percent more now than they did 15 years ago, Except for Dana White, but Dana White never brings that up. He never defends himself. Nobody Makes as many millionaires in a sport as Dana White was of a sport that he created.”

Chael explained to the people who think boxers get more percentage than UFC fighters. Dana has 400 plus employees who put on the show every Saturday night. On the other hand, they have nine people who put on a show one time or two times a year in boxing.

“Every seven days, fight of the night bonuses, four in total, total of 200 grands spread over 52 weeks, 9.6 Million dollars a year goes to the fighters doesn’t goto thee marketing where it belongs, it doesn’t go to the production team who remain unnamed and never get thanked.”

Chael Sonnen also praised how the PR and Marketing department in the UFC works to help fighters grow big under their promotion and help them sell an arena.

There are many facts where given by Chael in his latest video, You should check it out from the below.