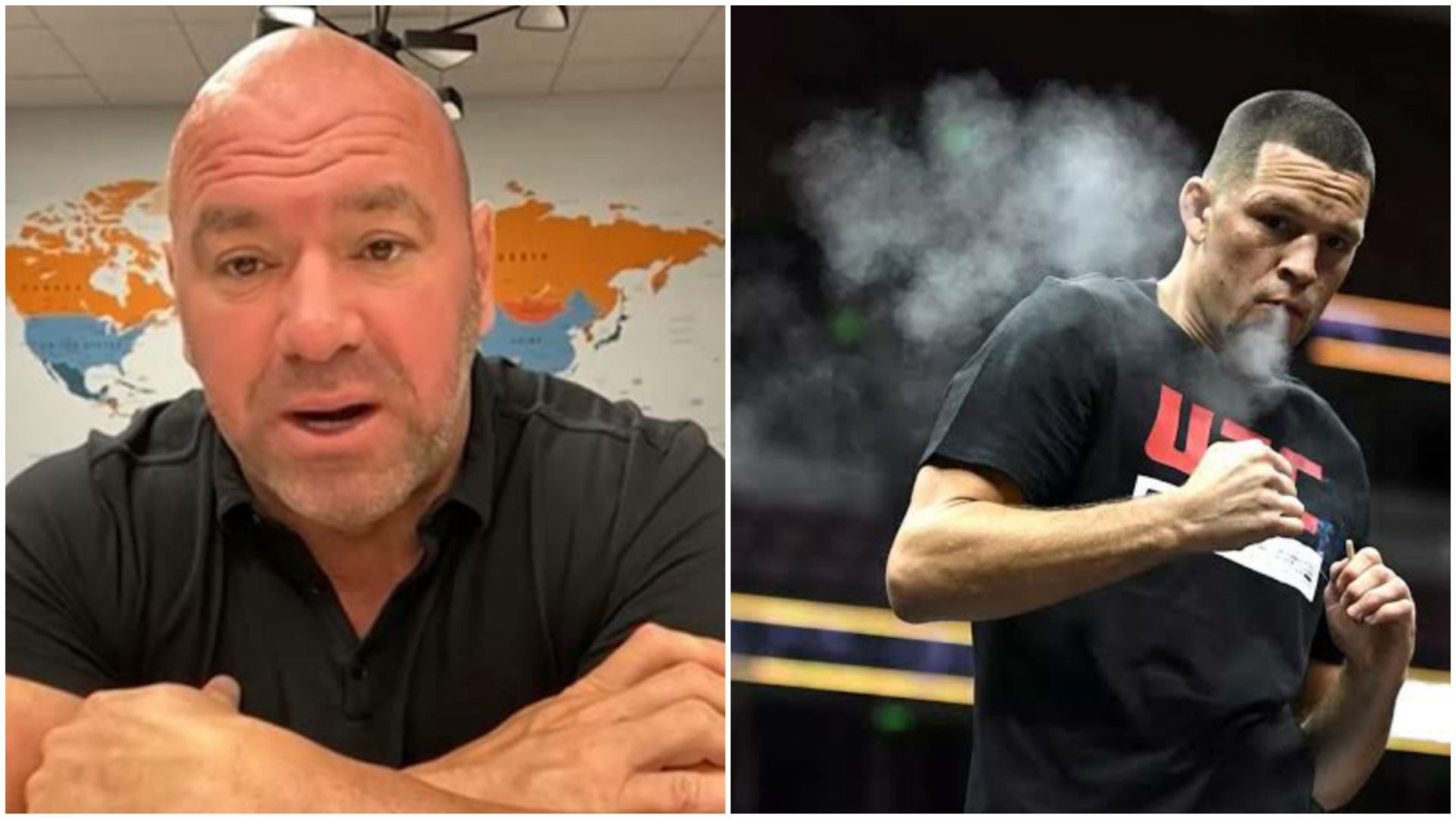 Nate Diaz has responded to Dana White’s comment saying they will be talking to Nate about Khamzat fight.

This all started when Khamzat called out Nate Diaz in his post fight press conference. Khamzat believes he has proven himself by defeating number 11 ranked welterweight Li Jingliang.

When asked by of TMZ Sports reporter, whether UFC is interested in Diaz Vs. Chimaev, Dana Said “One hundred percent, We’re going to talk to Nate about it. This guy is like nothing anyone has ever seen. When you think about it, he’s got more UFC wins than he’s been hit inside the Octagon. It’s insane. The other night they filmed his walkout on Instagram Live, and it broke the record. It’s the biggest Instagram Live we’ve ever done.”

Responding to Dana’s approch Nate took it to Instagram where he shared a story where he humorously shut down talk of Chimaev matchup.

According to reports, Nate Diaz has left only one fight on his contract and that’s why it is obvious for Nate to avoid Khamzat. Because if he lose this one then there will be no new contract from UFC for sure.

Best thing for Nate will be to wait for his triology with conor or get loser of Leon Edwards Vs. Jorge Masvidal.

Tell us in the comment box below, who would you like to see Nate fight next. My choice is Wonderboy Thompson.