Michael Chandler Want’s To Fight Dustin Poirier Next in 2022 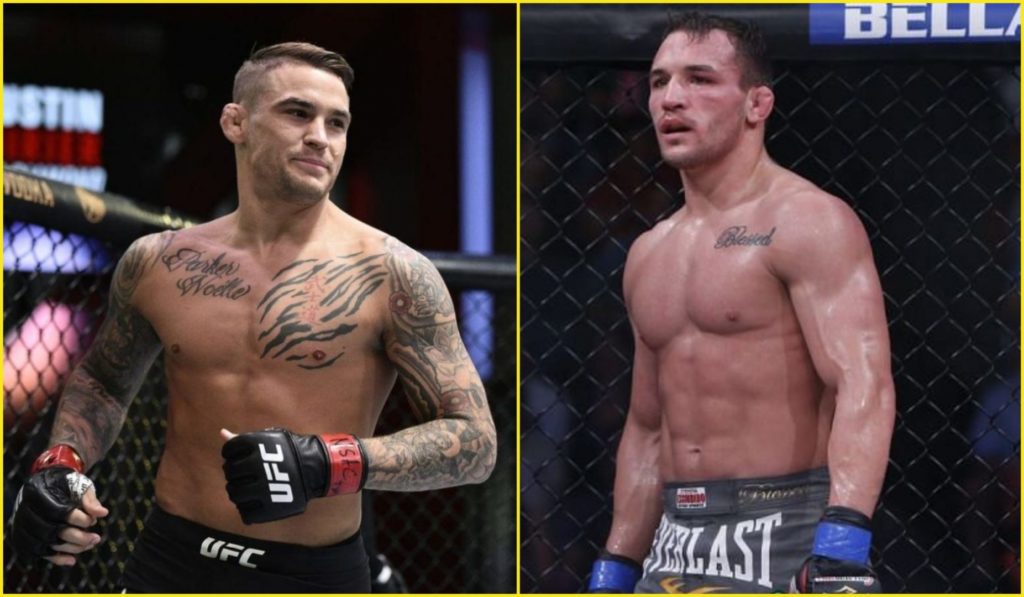 He now has two back-to-back losses against Oliveira and Justin Gaethje, But is still ambitious about winning the lightweight title.

Recently speaking on MMA hour, Chandler expressed interest in fighting Dustin Poirier to get right back at the top of title contention.

“That’s what I wanted to do when I came into the UFC, I wanted to fight all the top guys. Poirier was actually one of the guys that we asked for, and he declined at the very beginning, which I have no problem with that. He was at the top of the division, and I was the guy from outside the UFC coming in.”

Chandler said Dustin was always on his list. He has always wanted to fight him since he came to UFC. “So he’s always been a name on the list. He’s a guy that I respect. A guy that I admire inside the sport of mixed martial arts. A guy who I would love to compete against.”

Dustin Poirier still remains a big name in the lightweight division and could be back in the title shot discussion if he can get a win over any top-five fighters.

On the other hand, Poirier is pushing for a bout with Nate Diaz, but negotiation for this bout has not reached any fruitful conclusion yet.

Also, there are talks of Tony Ferguson Vs. Michael Chandler. But still, this bout is also not yet officially announced, but it seems this is the bout that MMA fans will get to see in April/March.