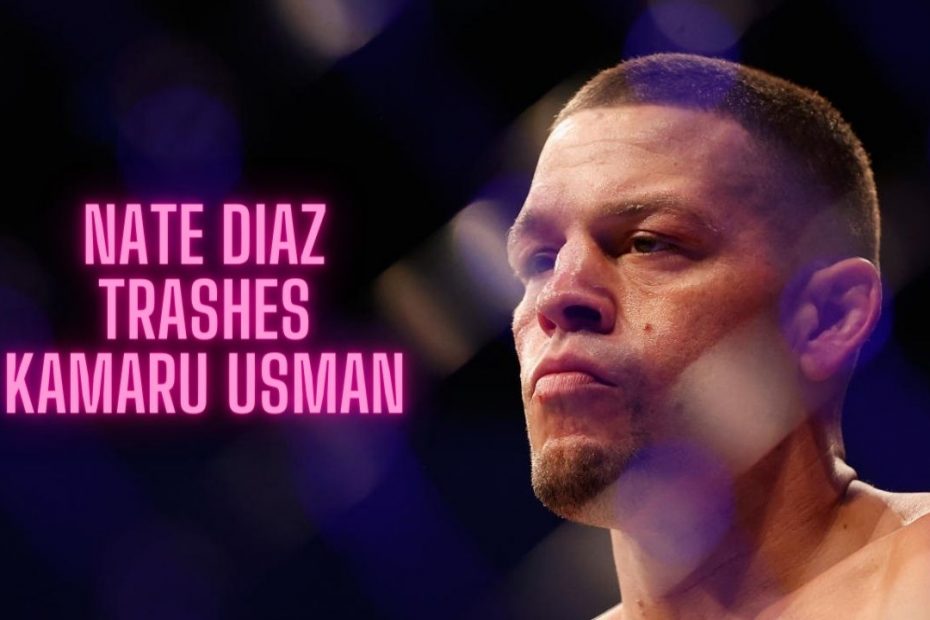 Nate Diaz has taken a shot against former welterweight champ Kamaru Usman for wanting to fake a fight against Israel Adesanya.

It was just two weeks back in UFC 278 that Kamaru Usman (20-2 MMA) was defeated with a knockout in 4:04 of round 5 by the challenger Leon Edwards (20-3 MMA) in the main event welterweight match.

In a recent interview with ESPN, Nate Diaz blasted on Kamaru Usman for his old comments on a potential fight with Middleweight champion Adesanya.

Nate Diaz is scheduled to fight Khamzat Chimaev this weekend at UFC 279. Which might be his last fight in the UFC.

This is going to be the toughest test for Nate as Chimaev is entering the Octagon with a perfect record of 11 wins and no losses.

What do you guys think about Nate Diaz’s comments? tell us in the comment box below.