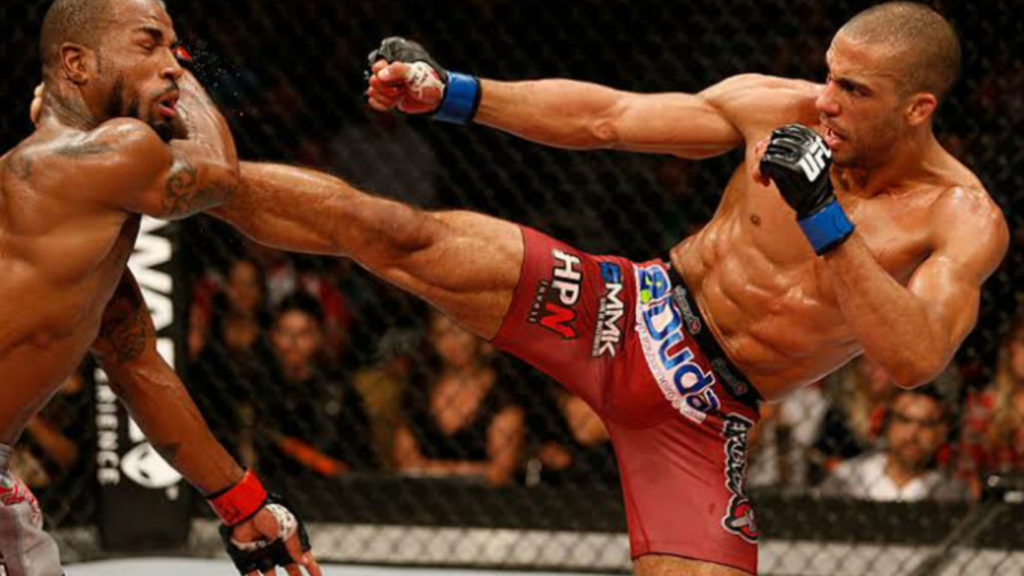 Edson Barboza, Who has been known for his fantastic kicks is set to return in the octagon against Bryce Mitchell in march.

According to MMAJunkie, Verbal agreements are made between two fighters, People who broke this news are requested to be anonymous until UFC officially announce this bout.

The bout is said to be contested on March 5 event, Edson Barboza (22-10-0) is coming off a loss to Giga Chikadze in august will be taking on number 11 ranked featherweight Bryce Mitchell.

After over a year, Bryce Mitchell will look to make a statement in his come back fight. Bryce was last fought on UFC Fight Night 181 in October 2020.

Barboza will look to climb back the ladder of ranking by defeating Bryce Mitchell, Odds will favor Barboza as he has notable wins in his fight resume which includes Dan Hooker, Beneil Dariush, Paul Felder, Anthony Pettis, and Gilbert Melendez.

On Other hand, Bryce is 5-0 in the UFC. He also appeared on TUF but unfortunately he was submitted by Brad Katona and ultimately eliminated from the show.