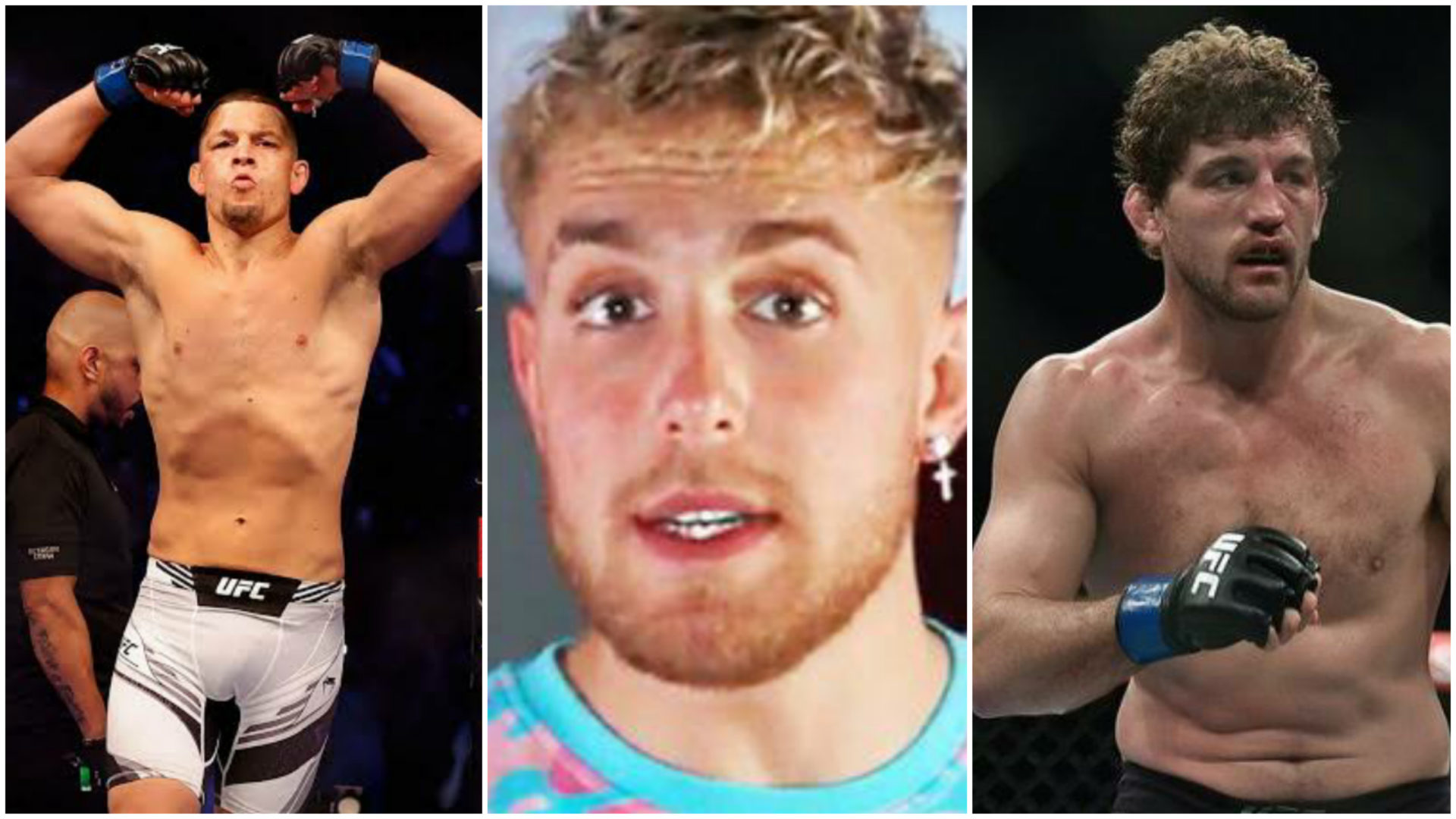 When this interview was published by BJPenn.com, Nate took it to the twitter to troll Askren and Jake Paul. He Wrote “Coming from a retired wrestler who can’t fight or box”

Which is also true, Ben Askren is a good wrestler, but when it comes to boxing i would rate him -1 out of 10.

However, Jake Paul has also replied to Nate Diaz, Where he made fun of his losses in MMA. Jake Paul Wrote “you have 6 times as many losses as Ben Askren, Let that sink in”

Jake Paul was pointing at the 13 losses of Diaz and comparing it with only 2 losses of Ben Askren.

Askren had great run in One Championship and Bellator but failed badly in UFC with 2 back to back losses before being released from the UFC.