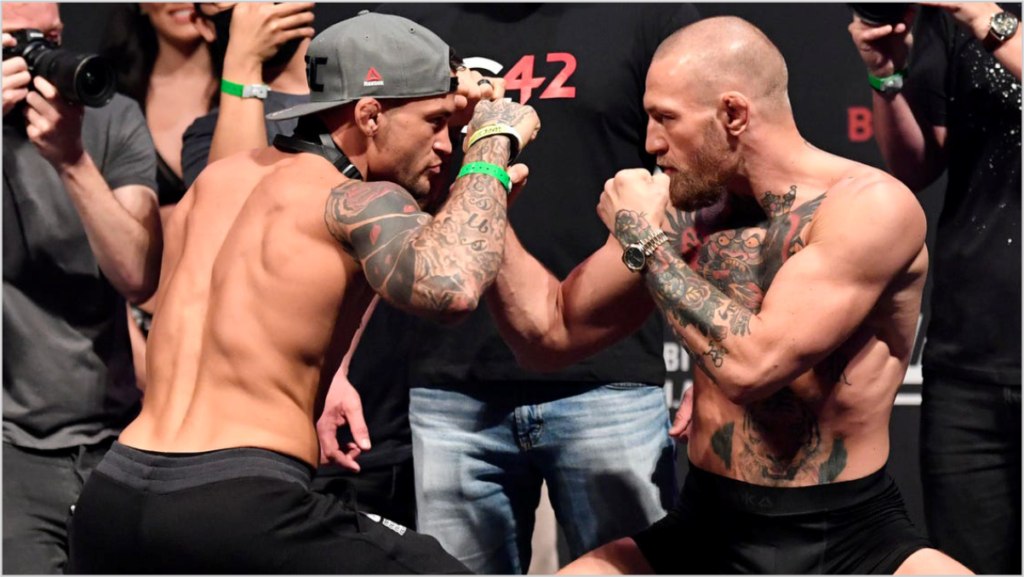 Conor McGregor has certainly made it clear that he will be coming back to settle his rivalry with Dustin Poirier, Once and for all.

In his Recent tweet, Former UFC two division champion Conor McGregor has made it clear that he is willing to step back inside the ring to finally settle his rivalry with Dustin Poirier.

Speaking in his recent Q&A on twitter, Conor has made his intentions clear about his return and his rivalry with Dustin Poirier.

“Nasty elbows and upkicks for sure,” McGregor said. “That or maybe a really annoying blue bottle was around him after the fight. Make no mistake they are not looking forward to what is coming. I will be back and it will be settled. Once and for all.”

Conor also confirmed in one of his deleted tweet that he will be back in mid 2022. So we can expect Dustin Vs. Conor 4 after 4-6 months of Dustin Vs. Oliveira.

This doesn’t matter if Dustin is champion or not, Conor is going to fight Dustin even if there is Gaethje standing at number 2 spot waiting for his next title shot.

It will make more sense if Champion Oliveira defeats Dustin Poirier in their upcoming fight at UFC 269.