Conor McGregor – Deal with it! ‘I’m facing whoever the f*ck has that lightweight title next, 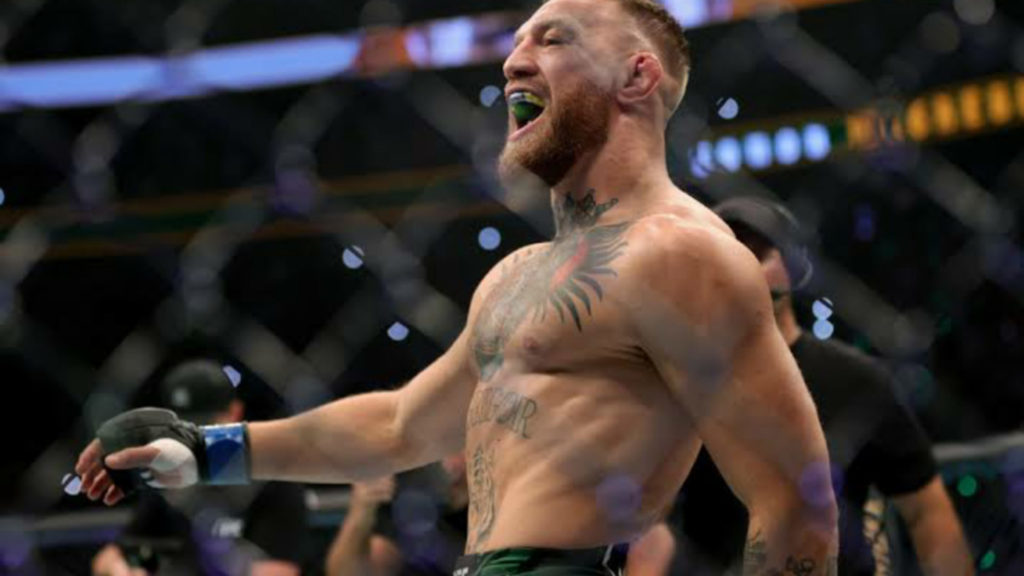 Conor McGregor seems to be fired up for getting back into the octagon to claim his Lightweight title which he lost to Khabib Nurmagomedov in 2016.

The former two division champion was forced to step back due to an leg break injury while fighting his bitter rival Dustin Poirier at UFC 264. Mcgregor already hinted that he will be back in the octagon in the mid 2022.

McGregor wrote on the twitter that “Santy Claus. I’m facing whoever the f*ck has that lightweight title next. Deal with it,”

McGregor also said that their is unfinished trilogy with Dustin Poirier which also needs to be settled down once he come back.

Conor last fought at UFC 264 where he broke his leg, But referee still awarded Dustin with KO/TKO victory. He had his moment in the early round untill he took Dustin on ground which backfired him and ended up getting beating up by Dustin Poirier.

Next title shot in Lightweight division is quite a heated up topic currently in the UFC, after a win over Chandler, Gaethje is claiming he is the more deserving then Islam Makhachev came out of nowhere and called out UFC for next title shot and Now McGregor.

This is some crazy situation, Only UFC knows what they are going to do. If Dustin wins the belt at UFC 269 then obviously Conor is going to have next title shot but things will be more easy if Oliveira beats Poirier at UFC 269.