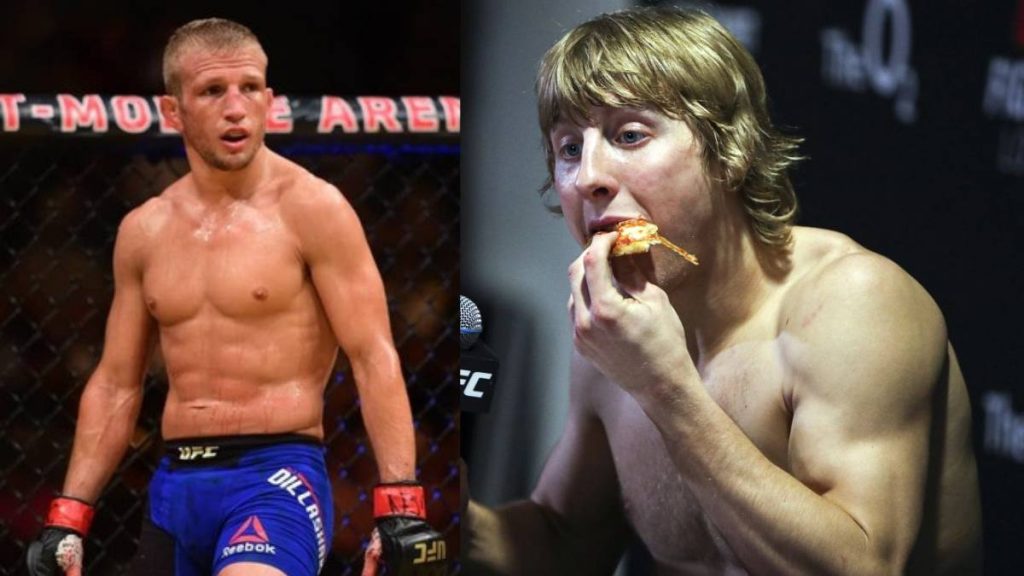 Paddy Pimblett has responded to TJ Dillashaw‘s criticism on his weight gain.

“He’s just loving diabetes. That’s like a recipe for destroying your body, I guess there’s one thing when I look at it: They can promote him the right way and do all this good stuff, and he’s got some stuff to grow and get into the higher echelons of the UFC, but if you keep that same work ethic that he has now, he’ll never be a champion.”

“You can’t have that down time like that, you can’t get that fat. You can’t get out of shape. It just proves the dedication to what you need to do. I’m not trying to pound on him or anything, but that’s something I think he’s going to have to figure out with age. He’s young. It’s a full-time job. This isn’t just wanting to be a fighter; you have to be a fighter.”

Paddy was certainly not happy with TJ’s comments, He took it to the twitter to poke fun of Dillashaw.

“Is this fella messin, [TJ Dillashaw] used to sell tee shirts with his fat face on it saying ‘fat Tyler’ on when he came out of camp don’t forget ur own past u sausage. Cheating little juice head wud never have won a belt without them steroids u fucking mushroom.”