Everything You need to know about Leaked UFC Matchmaking 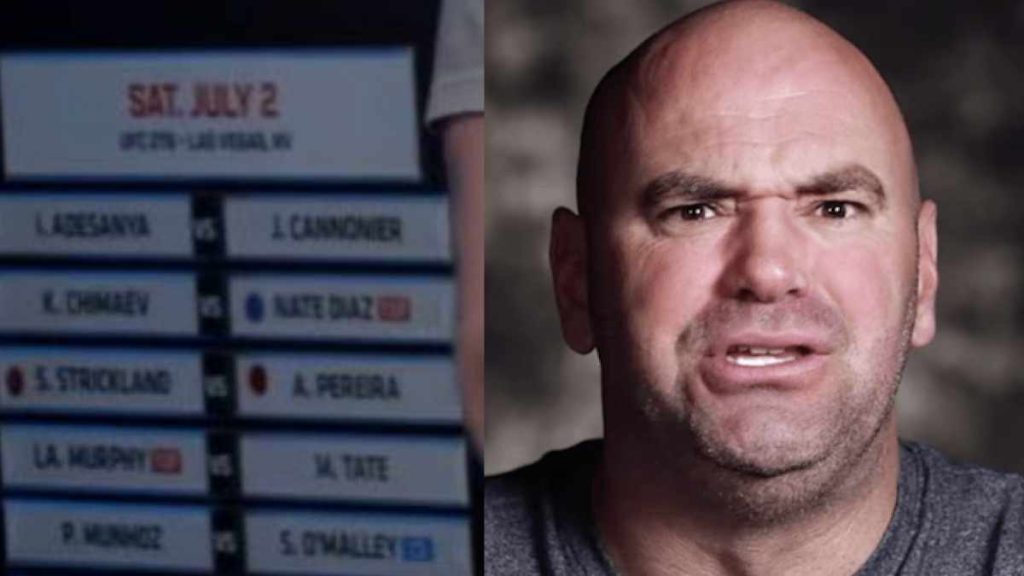 Dana did not expected that he is potentially giving away the potentially finalized or planned bout while giving them a office tour.

After airing of the episode, People started circulating the screenshots with leaked matches. UFC 276 is one of the most discussed screenshot where Nate Diaz Vs. Khamzat Chimaev is listed as a co main event for Israel Adesanya Vs. Jared Cannonier.