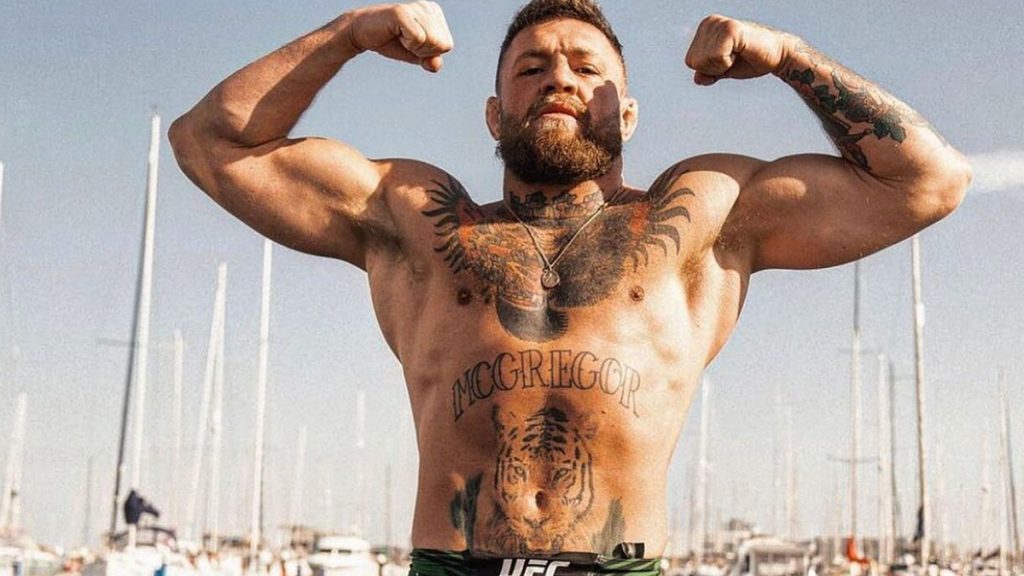 Conor was last seen in the action at UFC 264 when he fought his bitter rival Dustin Poirier. Unfortunately, Severe Leg injury forced to stop that bout and since then he is been treating to get inside the octagon. But, it seems like he has recovered and fully prepared to get back in the fight game.

Yesterday night Conor McGregor took it to the twitter to tease his most anticipated return. In one of the picture posted by him, It seems like he cut down little bit and may be fighting back in lightweight.

Conor has shown off his incredible physique, He also released long series of tweets teasing his return. In one of the tweet he wrote,

The Mac Daddy back in action.

Conor previously showed interest in fighting Kamaru Usman at 170. This would be hell of a tough fight but Conor is Conor we have seen him doing impossible.

Also there is unfinished business with Dustin Poirier and trilogy with Nate Diaz.We have also seen Michael Chandler throwing his name on boat of Conor’s opponent.

Have a look at series of tweets from Notorious Conor McGregor.

With that being said, Tell us in the comment box. Who would you like to see Conor fighting in his return?