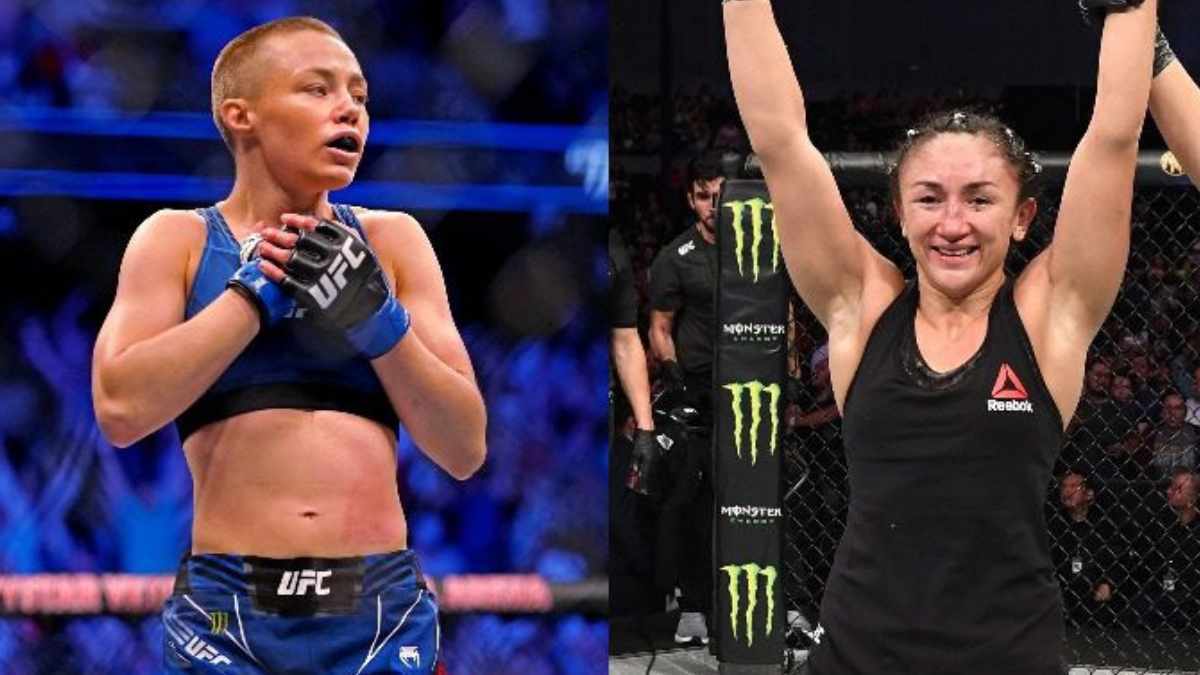 In their first fight at The Ultimate Fighter Finale, Carla Esparza defeated Rose Namajunas by third round rear naked choke.

Rose Namajunas first won her belt from GOAT Joanna Jedrzejczyk at UFC 217. Later she lost it to the powerhouse Jessica Andrade.

Rose has successfully defended her title for two times in her two championship tenure.

On the other hands, Carla Esparza is ranked at number three in the division and she is currently on five fights winning streak.

Ahead of the fight, MMA Pro’s have given us their predictions on this upcoming anticipated rematch at UFC 274.

I have to go with Rose Namajunas, she looks like she’s on another level and she will prove how much better she got here.

It’s so hard to bet against Namajunas right now. She has beaten all the former champs except for Esparza which I think she does here.

I have to go with Rose, she is just on another level and is a step ahead of everyone else.

Rose Namajunas is too far ahead of everyone. Weili did take her down and Carla Esparza is a much better wrestler than Weili which could pose some problems for Rose. But, Rose moves well and I don’t think it will be easy to get her down.

Rose, she just looks too good right now and she’ll keep it standing and is the much better striker.

Rose, she’s too good and too technical and will outstrike Esparza.

Rose Namajunas, I don’t think anyone takes the belt from her for a while she looks too good right now.