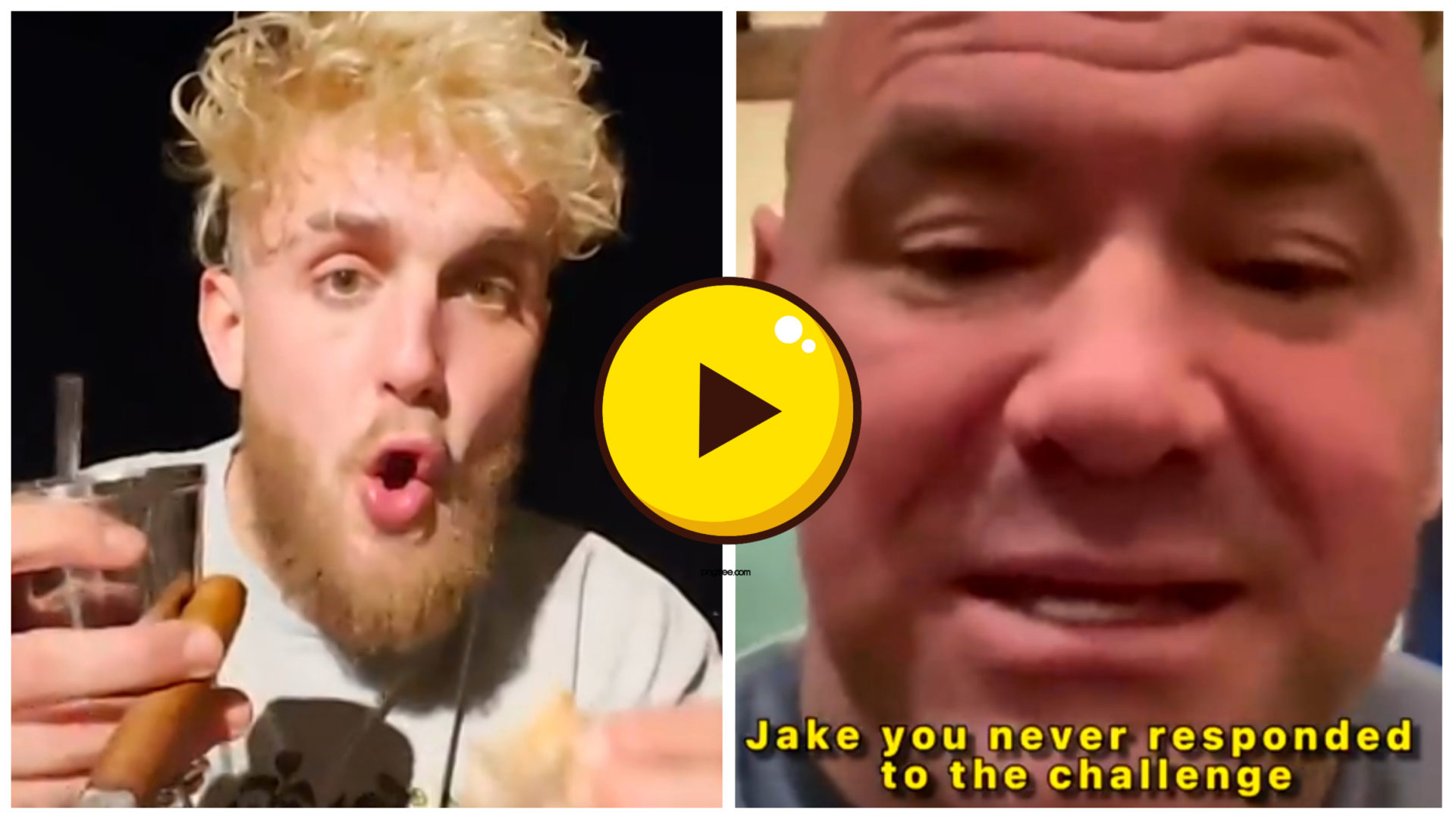 Twitter war between Jake and Dana is getting heated in every response, Jake Paul now seems to be accepting the Dana’s steroid test challenge.

Jake Paul posted a video on twitter to respond to Dana’s accusation of not talking on the steroid testing challenge.

Jake said, “Dana i accepted every part of your challenge. I said i would fight Masvidal in MMA, Steroid test me whenever the f*** you want.”

In his own defense Paul said that he is fat after two weeks of his latest fight against Tyron Woodley, Which means he was not on the steroid.

“It’s two weeks after my fight and i am a fat bitch, I don’t do steroids and i take it as a compliment because there’s no other excuse.”

“To me knocking out all of your champions then this kid does steroids, Look at me, Look at that fat bitch”

In part two of his video Paul says “And you are one of the most selfish, capitalist motherf****r that i’ve ever seen and everybody else needs you Dana. I’m the only person that doesn’t need you,”

Dana White may or may not respond to Jake Paul, But he has certainly become the pain in the ass for him.

But one thing to be noted here is that Jake wants to test UFC fighters, Isn’t they are already test.

What you guys think of Jake’s response? Let us know in the comment box below.