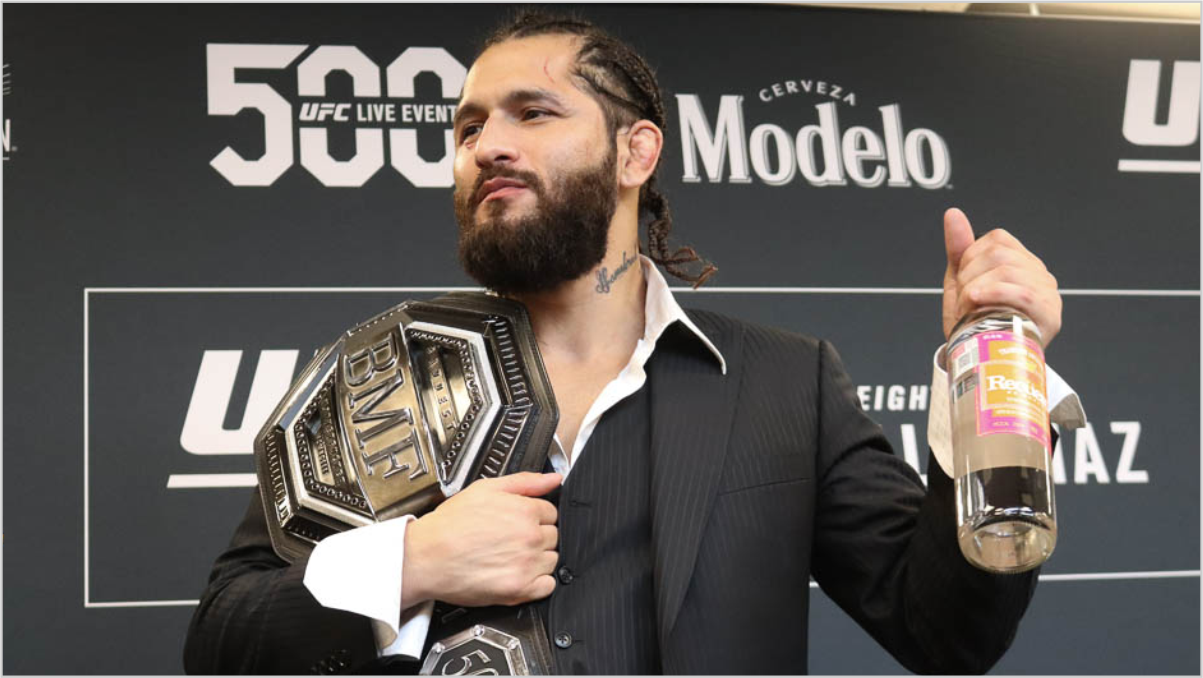 Jorge Masvidal’s Net Worth in 2022 is estimated to be around $7 million. it is reported that Jorge Masvidal has made most of his net worth from fighting in MMA/UFC and brand endorsements.

UFC 261, Jorge Masvidal Fought Kamaru Usman second time for the title, Where he got viciously knocked out by the Usman.

Jorge Masvidal Vs. Ben Askren: Masvidal holds the fastest knockout in the UFC against Ben Askren. He knocked him out him by the flying knee.

Jorge Masvidal Vs. Darren Till: Masvidal fought UK’s best Darren Till in March 2019. Where he defeated him by TKO in round number two.

UFC 217, Jorge Masvidal Vs. Stephen Thompson, Masvidal suffered a defeat here and earned $81,000 for this fight, including his salary of $66,000 and $15K as a performance bonus.

Masvidal Vs. Maia – Masvidal suffered another defeat at the hands of Brazilian Damian Maia. He was paid $81,000, Including the base salary of $66,000.

In The ultimate fighter tournament of champion, Jorge Masvidal fought Jake Ellenberger. Masvidal won this fight by TKO in the round number one. For this fight Masvidal made $130,000.

Benson Henderson Vs. Jorge Masvidal: Masvidal suffered a split decision loss to Henderson. He made $67,000 out of this fight.

Jorge Masvidal Vs. Al Iaquinta – Jorge earned $76,000 in total for this fight.

On May 24, 2003, Jorge Masvidal made his MMA debut at Absolute Fighting Championships 3. Masvidal defeated Joe Lauzon by TKO in the second round.

With a 3-0 record in BodogFIGHT promotion, Bellator signed Masvidal in 2009. He started his Bellator run by first-round knockout. But he was stopped in the finals by Toby Imada at Bellator 5.

At Bellator 12, Masvidal was defeated by Eric Reynolds by rear-naked choke. He was rumored to be fighting again but unfortunately left the bellator.

After his Bellator career, he made a move to the Welterweight division. In Sept 2010, Masvidal was scheduled to fight Paul Daley at Shark Fights 13, but the fight was moved to a catchweight bout of 171.7 pounds due to some issues. Masvidal lost the battle by unanimous decision.

In 2011, Masvidal was signed by the Strikeforce, wherein his first bout, he faced Billy Evangelista and won that fight by unanimous decision.

On December 17, 2011, Masvidal fought Gilbert Melendez for the Strikeforce lightweight championship. Unfortunately, he lost the bout unanimously in a five-round war.

After Strikeforce’s merger into UFC, Masvidal was transferred to UFC, where he fought Tim Means and defeated him by the unanimous decision.

In his second fight with UFC, Masvidal quickly returned to the Octagon to replace Reza Madadi to fight Michael Chiesa. Although he was beaten in the first round due to striking, Masvidal gained control after the 2nd round and eventually won through submission.

Masvidal is the father of three kids (two daughters and a Son) and Iman Kawa.

Iman Kawa is a Jordanian American entrepreneur and procurement specialist. She is the sister to MMA agent Malki Kawa. Masvidal and Iman Kawa were together for around ten years before breaking up in 2019.

What is Jorge Masvidal Net Worth?

Jorge Masvidal’s Net Worth is estimated at around $7 million. Jorge Masvidal has made most of his net worth from fighting in MMA/UFC and brand endorsement

What is current MMA record of Jorge Masvidal?

How much is the height of Jorge Masvidal?

How old is Jorge Masvidal?

Who was the wife of Jorge Masvidal?

Iman Kawa, Sister of Masvidal’s manager Milky Kawa was the wife of Jorge masvidal since 2019.

Why did Jorge Masvidal go to jail?

Jorge Masvidal was jailed due to his potential life-threatening attack on his former rival Colby Covington after their one-sided battle at UFC 272.

How much will Jorge Masvidal make in 2nd fight against Usman?

How many followers did Jorge Masvidal loss since he started supporting Trump?

Jorge Masvidal has not lost many followers since his support of Donald Trump. Reports believe he had followers who were already Trump Supporters.