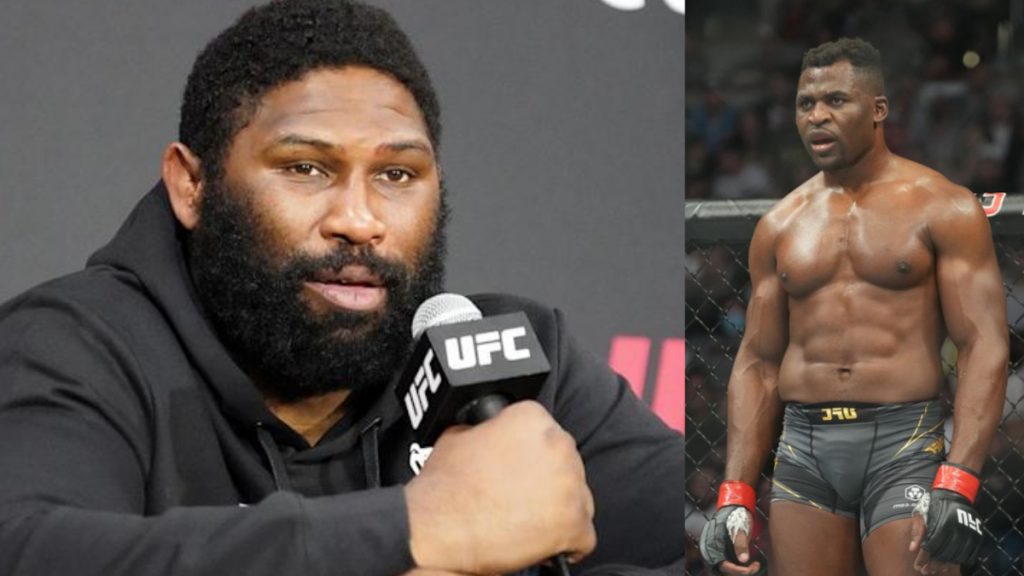 UFC Heavyweight Curtis Blaydes has speculated on Francis Ngannou’s situation and advised him to retire from the MMA to explore profitable boxing career.

Blaydes believes Francis has already done enough in the MMA and he is not going to make more from MMA fights. So, he should explore boxing business. Especially, Tyson Fury fight where he can make more than what he has earned in his MMA career.

“If I were him, I would retire from MMA, He’s already done enough. He’s not gonna earn as much as he would earn in boxing. I would take the bag, take the opportunity to earn $40 million.”

Despite showing interest in boxing Tyson Fury, Francis Ngannou is not yet ready to quit MMA to pursue his boxing aspirations. Instead, He want’s his boxing fights to happen under his UFC contract.

Ngannou was hoping to fight Jon Jones in his next title defense but due to an knee surgery Francis will have to take some time off from the fighting. Meanwhile there are rumors of Jones fighting Miocic for interim heavyweight title.