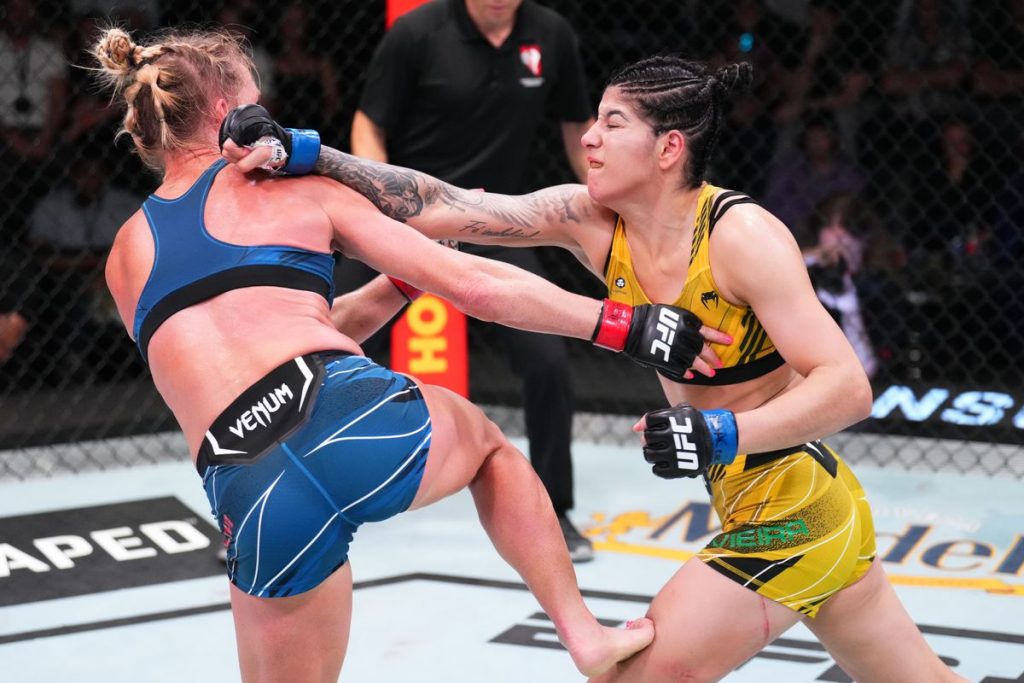 UFC Vegas 55 has witnessed another robbery in UFC, Many people including pro’s believed Holly Holm was ahead of Ketlen Vieira.

Tonight’s UFC event was headlined by the women’s bantamweight bout between Holly Holm and Ketlen Vieira. The bout went to the full distance of twenty five minutes. Holly had good success in clinch and even dropped Ketlen with a side kick. However, Judges seems to be more pleased with Ketlen’s harder shots which awarded her a split decision victory.

Even the fight statistics favored Holly Holm in this fight, She was way ahead in total strikes, significant strikes, octagon control, leg kicks and body shots. Check out the below embedded tweet.

In this article we have compiled twitter reactions from the MMA Pro’s.