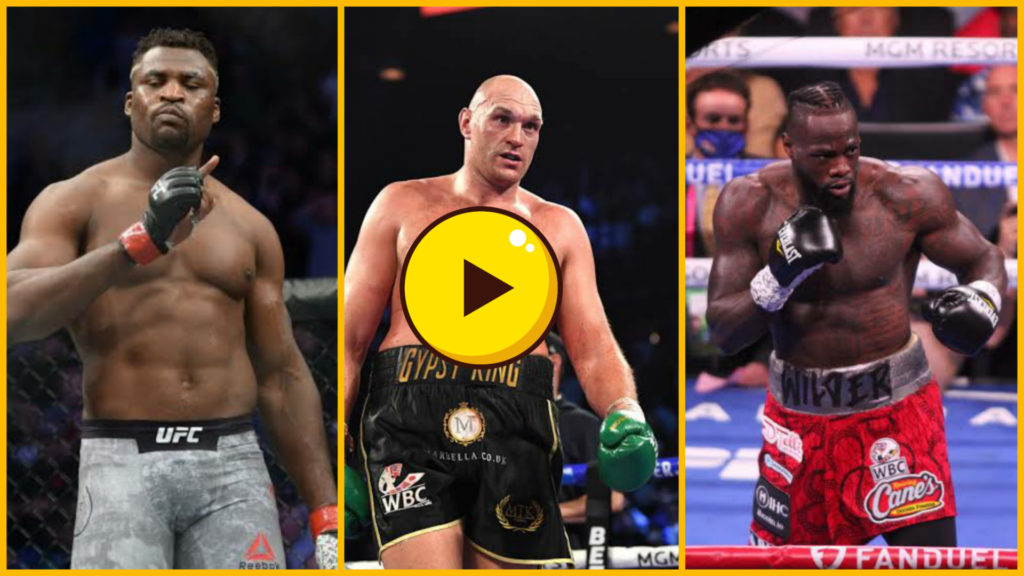 UFC Heavyweight Champion Francis Ngannou has revealed a third factor that could get on the path of a possible deal extension with UFC.

Francis Ngannou is considered one of the most dangerous MMA fighter in the world. He believes he needs to get his hands on Wilder or Fury before he retires.

Ngannou’s manager, Marquel Martin, has recently suggested that his client’s complaints about the promotion went beyond money and were grounded in a feeling of resentment and unappreciation.

“Tyson Fury, Deontay Wilder. I would like to test myself to that level.” Said Francis Ngannou. “It’s not the same sport, although I’m the champion, I’m in the top in this division. At the end of the day, it’s just about like trained hands, trained punches, having a good delivery system to produce bombs, and I’m sure that if I deliver my own punch, it’s pretty good, I can make some damage.”

“It’s always been down the line. This is something I’m not taking my eyes off of,” Ngannou said. “It’s gonna happen, either way. Even if, when the UFC and I finalize a deal, the boxing part has to be into it because I can’t see myself retire without boxing.”

To date, it is unclear who Ngannou might face and if it will be his last fight to the UFC. However, what seems inevitable is that we’ll be watching the Cameroonian monster in the squared circle long before his career ends.