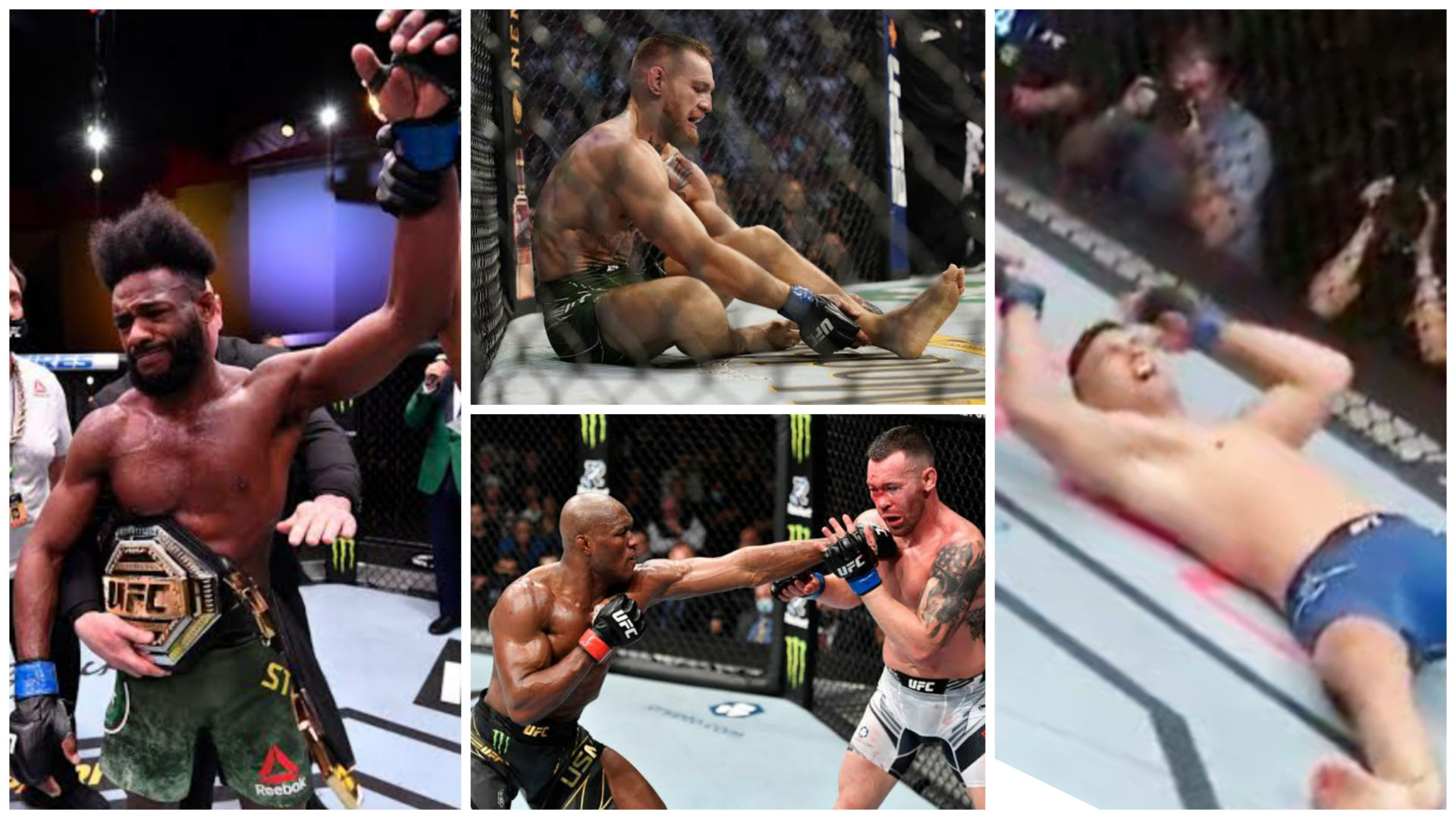 Christmas is a time to give, spend time with loved ones, and of course, reliving the top unwanted UFC moments from 2021.

This year, the fans have witnessed numerous shocking results throughout the years. But what fights, finishes and injuries stand out from the rest?

We have seen many fighters putting their all-in performance to earn UFC Championship. However, this wasn’t the situation when ‘Sterling won a bantamweight belt by an illegal knee to head by Petr Yan.

Even though he was victorious, Sterling faced a massive amount of criticism. He was losing the fight, and Yan seemed entirely in control. Then, suddenly, the fight was disqualified when the Russian kicked an unconformity that caused the referee to stop.

Conor snapping his leg at UFC 264 is probably the most unwanted moment for the McGregor and MMA fans.

The fight was going in his favor. He started round with explosive kicks where he might have hurt his leg.

Hate him or love him, but you cannot ignore him. Colby Covington once again lost an extremely closed fight to Kamaru Usman.

UFC 268 was one of the biggest upsets for the Colby fans who expected to end the Usman’s great run.

OMG! Chris Weidman’s leg injury against Uriah Hall is one the most shocking scene MMA fans witnessed this year.

We previously saw that thing happening to Anderson Silva, but this was more brutal, and that’s why it made it to our most unwanted moments of the year.

Undoubtedly, Oliveira defeating Chandler is one of the biggest upsets for the fight fans.

Chandler almost had him finished in the first round. However, All props to Oliveira came back stronger in that second round.

This has been the most brutal year for Tony, and he is at his all-time low now. Three back-to-back losses after his incredible run of a 12 fight win streak.

Tell us in the comment box below, What’s your upset moment of the year?