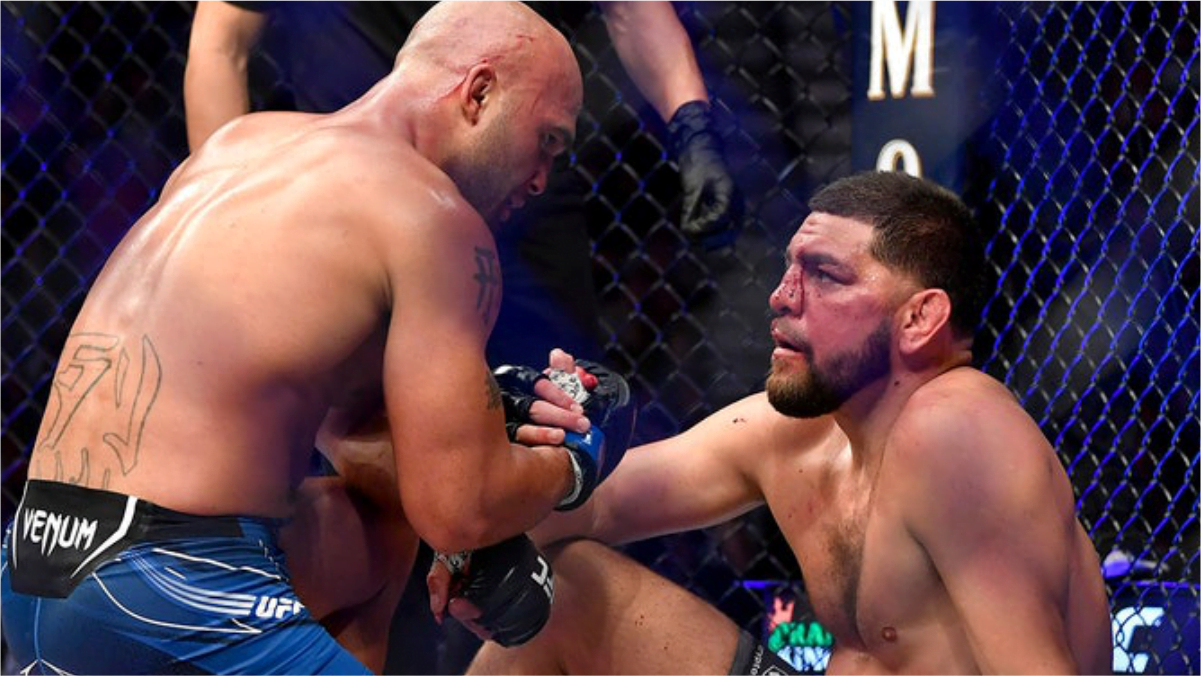 At UFC 266, Lawler confronted Diaz in a rematch that was almost 17 years in the making. Diaz, who last fought at UFC 183 in 2015, raised a few worries during fight week media day by where he stated, “I don’t know why I’m doing this.”

Robbie stopped UFC veteran Nick Diaz in the third round via technical knockout from punches, after that he turned his tone and gone to diaz to talk and shiw him respect.

Look at this converastion between the lawler and diaz after the fight.

As we can see what they are saying to each other

It’s really good to see those legends showing concern about each others. i think they have set an example that sport of MMA is not just about fighting it is more than that and that’s why we love it.