“i still think of winning that third belt” Henry cejudo 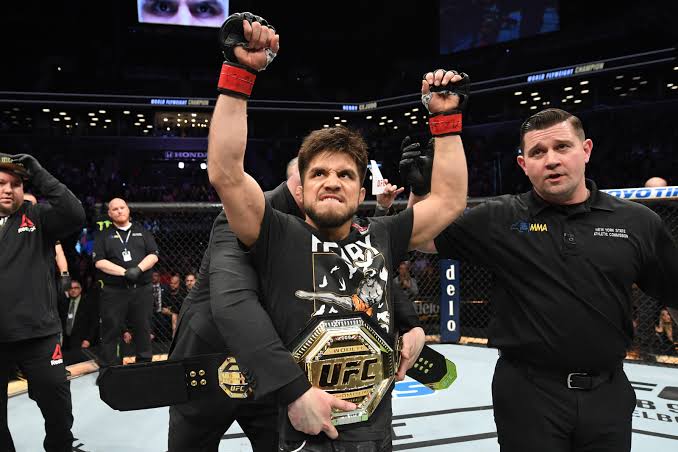 Speaking to ESPN MMA henry cejudo has once again showed his interest in fighting Alexander Volkanovski for featherweight gold.

When asked why he deserve the title fight considering the top featherweights waiting for it.

Hate the persona, hate the cringe but dude facts are facts. I am an accomplished athlete, you guys try naming somebody who has accomplish more than me and i will bend the knee. but there isn’t anybody. So that’s why i believe i am in the title contention to skip the whole damn line and fight volkanovski.

When he was asked weather he is coming out of retirement to fight Alexander or any other fight he wants. He responded

I know not only i can beat alexander but i can also beat max holloway. This is also a fight that interest me, you know why? Because nobody believes me that i could beat any of these guys and thats something that wakes me up in the morning.

Cejudo seems only interested in featherweight fight. He showed no interest in fighting for bantamweight or flyweights like Petr yan and TJ dillashav.

Henry cejudo on why he is only interested in alexander fight

Cejudo also spoken about how uncle dana give GSP to cherry pick michael bisping. He also said that i am not going to do cherry picking here. Alexander is a real deal man, let me fight him, let me make history.

I am not cherry picking like GSP, i’m not. There is big difference between Alexander and Bisping. Alexander is the real deal man and Michael bisping is flipped coin.

It seems like henry cejudo is working really hard to make this fight happen and now the ball isn Dana’s court let’s see what happens and where does this thing goes.

With that being said, that’s it for today’s article. If you like it please do share it with your friends and i’ll see you in the next one.