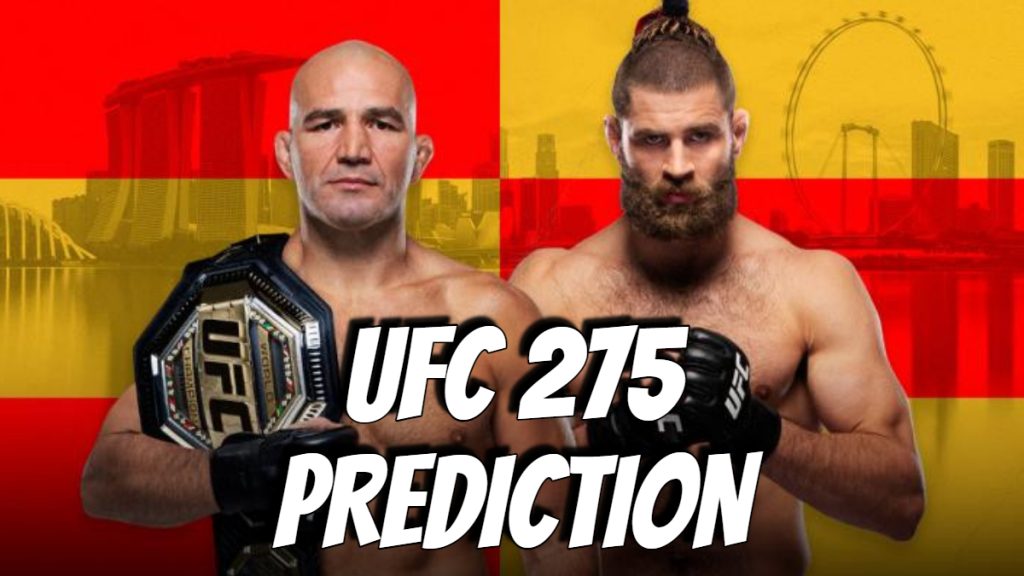 UFC 275 Card will be headlined by the Light Heavy Weight Title holder Glover Teixeira and number one contender Jiri Prochazka.

This is the first time when UFC will be holding major card in Singapore Indoor Stadium in Kallang, Singapore.

Ahead of this most stacked card we have brought you UFC stars predicting this main event between Teixira & Prochazka. But before starting the article quick reminder to follow us on twitter (Twitter.com/TheUFC_News)

“I think that one playing out real fun, You know, I see Jiri coming out be losse trying to strike and move around. I see Glover coming out forward pressuring and we are going to see who can implement what.”

Hill Continued “Like Glover eat some shots in the beginning of the fight, I don’t think that he really would wants to do because the style of Jiri. Also, Same for the Glover if he puts his hands on Jiri, he can grab this fight.”

“I think Glover can get it (Fight) down, I will always be on Glover’s corner. He is such an inspiration, Great guy. Last year, I won’t go to his corner but this time sure i will be in his corner and i want Glover to win this one.”

“Jiri will have to go for that broken, You Know. He needs to utilize his striking to take the opportunity, to see the opportunity” Said Henry Cejudo “Because Glover’s wrestling is good and i wish Jiri would have spent a little more time with the wrestling stuff but i know captin Eric has a good plan for him and they have been in communications and i’ve been in communication with him too but it’s different when you’re actually there.”

“So, I wanna wish you Jiri all the best luck in the world and you know he came to the MMA whisperer which has been cool so hopefully you can go out there and win that title.”

“I think Glover by Knockout, I say the second round. Teixeira is an amazing athlete, You know he has some great guys he’s work with he finally got his time to shine and it’s nice to see a champion shine the way he does.”

“We’ll see how good can Jiri wrestle, That’s the biggest thing.” Said by Rockhold “Jiri is a fun crazy very focused individual as is Glover but you know Glover’s going to come and mix it up and wrestle and really put pressure on him like he’s never felt before and we’re going to see what comes out of that and i’m excited to see because Jiri is fun to watch and Glover as is Glover. It’s cool fun fight.”