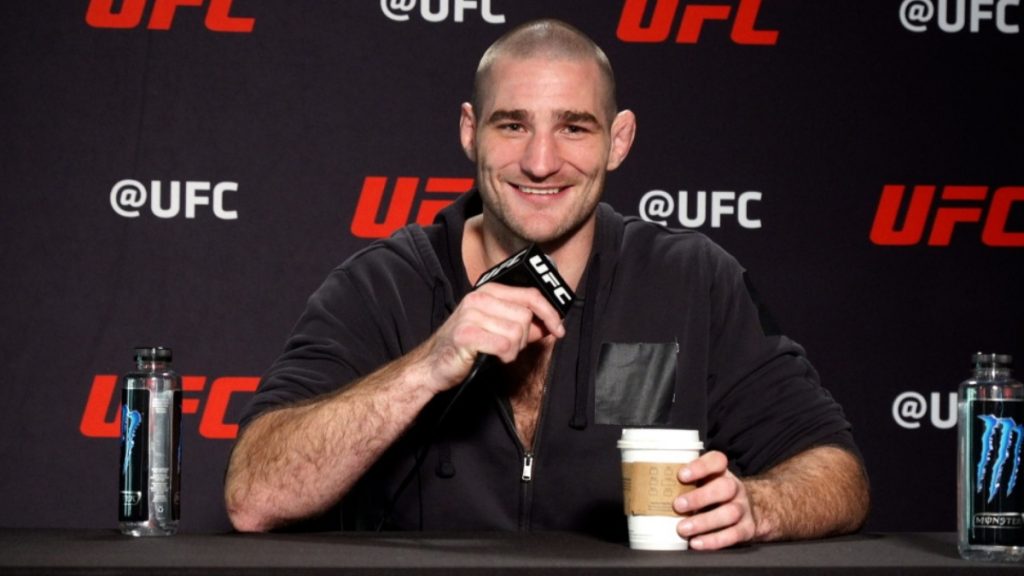 Sean Strickland is one of the craziest controversial figure in the UFC, Whether take it his comments on Homosexuality or Pulling gun in the fight he is always been controversial with his statements.

Sean Strickland seems to be annoyed by the fact that he is not allowed to talk s*it to the ‘Nut less Mens’ who threaten him in the Instagram DMs.

“You know i have just stayed off on Instagram. Because, Here’s the thing ‘You get all these little nut-less p*ssy’s’. All they do is come on my Instagram page, they talk sh*t, they run their mouth and the moment i’am like Hey F*ck You come to my gym, I get f*ck*ng banned.”

“So the problem is we are trying to create a p*ssified world, that’s just a fact. You have the leftist organizations trying to castrate all the men where you can’t even hit a men that deserves it.” Streakland Continuded

there’s lot of nut-less men out there bringing the masculinity down and here’s the thing that if you talk shit you should get hit.

Sean is a crazy dude and has previously made many controversial statements but this time we thinks he has point. He should not get banned for replying in the harsh way to the people who deserves it.