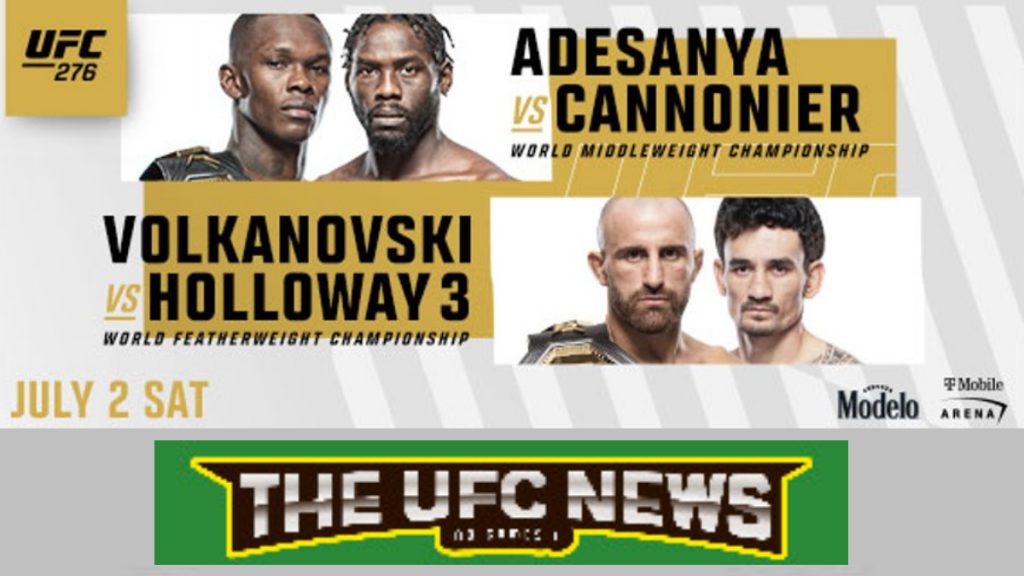 Like UFC 275, UFC 276 fight card also features title fight in the co-main even. Trilogy bout between Alexander Volkanovski & Max Holloway has been set as Co-Main event.

Israel Adesanya will be looking forward in making his sixth consecutive title defense. he won middleweight title against Kevin Gastelum at UFC 236. Adesanya is first ever African to capture middleweight title in the history of the sport. His opponent Jared Cannonier holds significant knockout power which seems to be considered area of danger for champion Israel Adesanya.

In the United States, UFC 276 will take place this Saturday night, July 2. Early prelims will be streamed exclusively on Fight Pass at 6 p.m. ET.

The UFC 276 main card will start at the usual time of 10 p.m. ET on pay-per-view. and the main event between Israel Adesanya and Jared Cannonier will be starting at approximate 12 p.m. ET.