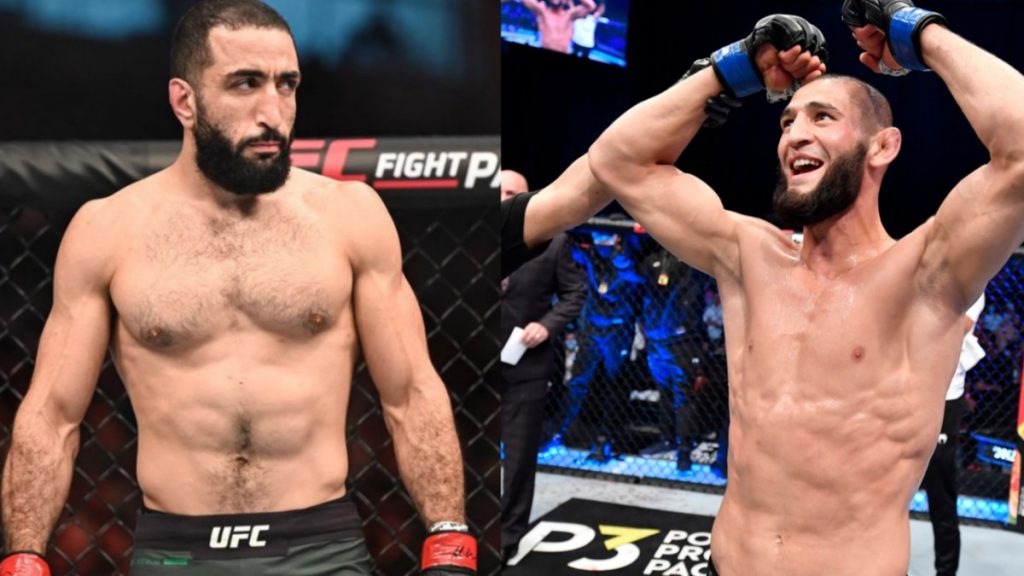 Khamzat Chimaev has earned the number three spot in the welterweight division after defeating Gilbert Burns at UFC 273. Belal is also top ranked welterweight, He is currently placed at number five spot in the division.

Both, Khamzat and Belal are top title contenders but with Champion Kamaru Usman being scheduled to fight Leon Edwards next. It seems like there is no other option than fighting one more time to legitimize the next title shot.

This morning Khamzat Chimaev took it to the twitter to callout Belal Muhammad. He wrote, “I will fight you if you don’t take the Palestinian flag into battle @bullyb170“

They were obviously extending their support to Palestinian country. “Respect bro ..Il bring a flag for you too and we both fight FOR Palestine.. I can’t bring the flag down to battlefield anymore even if I wanted to. But… دمي فلسطيني” Belal wrote in reply.

To be honest, This bout sound interesting. and also who in the top five other than Belal would accept to fight Chimaev.

Number one ranked welterweight Colby Covington might be another option for Chimaev but Covington probably wait for the loser of Leon/Usman and he would not accept Chimaev fight. Especially now when he is at secure number one spot.