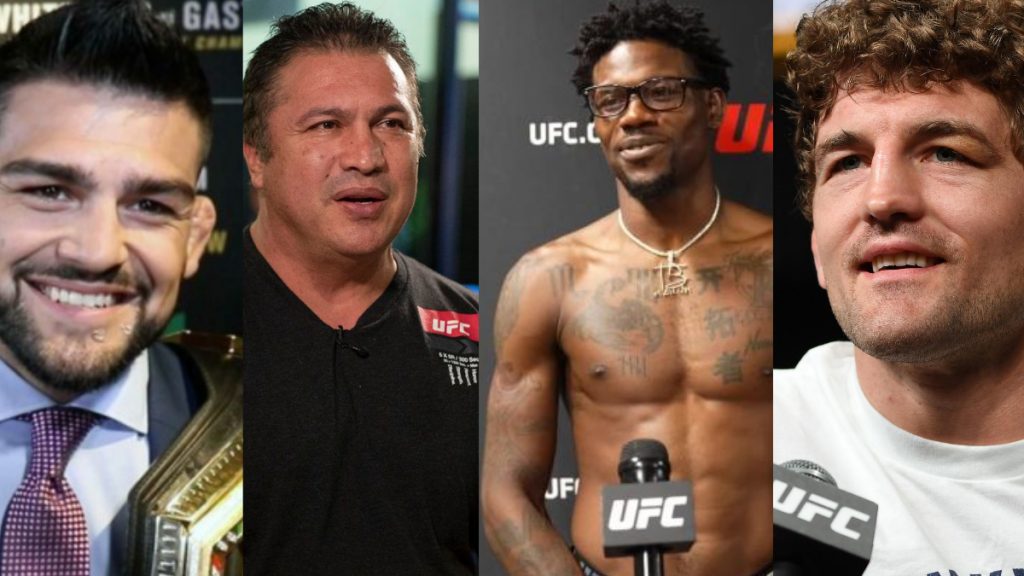 UFC 276 will be headlined by Middleweight champion Israel Adesanya and number one contender Jared Cannonier.

Israel Adesanya, who has been dominating the division since his debut at UFC 222, is undefeated at middleweight with five consecutive straight title defenses.

But since his defeat to Jan Blachowicz, many fighters have seen holes in Izzy’s game. Even the middleweight fighters are now in the hope of dominating him on the ground.

His next opponent, Jared Cannonier, who dropped from heavyweight, has a lot of power. which many fighters believe could cause trouble for Adesanya.

Izzy is just so dynamic, and Jared is just someone who has come down from a heavyweight to a middleweight man. He’s gonna have real power, and I think it’s just clipping Izzy. The thing a lot of fighters don’t realize his dynamicness will lure you in and then it becomes a chasing match. Again, he has become phenomenal.

It’s a great fight. You can’t count Cannonier out. Obviously, Izzy’s going to be the favourite going in there because he’s, you know, on paper, the most precise, more technical, and better striker, but as we know these fights, anything can happen. Can near has a lot of power and he’s a strong grappler, so I mean, I definitely wouldn’t count him out.

We’ve talked a bit and he (Jared Cannonier) seems to be in great spirit and I think if he did in our fight, I felt like he did a great job hiding some of his punches, especially the one that knocked me down.

Right now, I’m leaning more towards Izzy. You know what I mean, he’s kind of hard to beat at middleweight. But the simple fact that Cannonier does come from heavyweight means he might pack a little extra strength and if he chooses to grapple that fight, he might be a little stronger than what Whittaker was in his fight and maybe he has a little bit more explosion, so yeah, I might change it to 60-40.

It was still a little favourite to Izzy, but I think with the right camp and right gameplan, Jared might posses the tool to do it. He has the power and Izzy has been knocked out with a left hook before, so you know Jared could possibly get the job done.

He’s (Israel Adesanya) unbelievable. I like watching him. He is a showman. You know, obviously, you know he’s shown. You know that his juijitsu needs more work, but overall, that guy’s a great fighter. So I can’t go against him.

Cannonier: Can he take him out? Yeah? But it’s not going to be one of those easy outstrikes for him, it’s going to be one of those I landed a shot like that Alex Pereira guy. I don’t know if I pronounce his name right, he’s got that kind of power, that kind of experience that you know he has beaten Izzy before, so he’s the type of a guy that can do such thing but technically he is such a great fighter and he is getting better with the time.

I think Adesanya is only getting better and I think he is good. I mean, there’s been a few performances he’s had which weren’t like amazing, but the greater majority of the time he looks really, ridiculously good. I think he’s probably the better striker and I don’t see him getting taken down a lot, so I don’t really think Cannonier’s going to win.